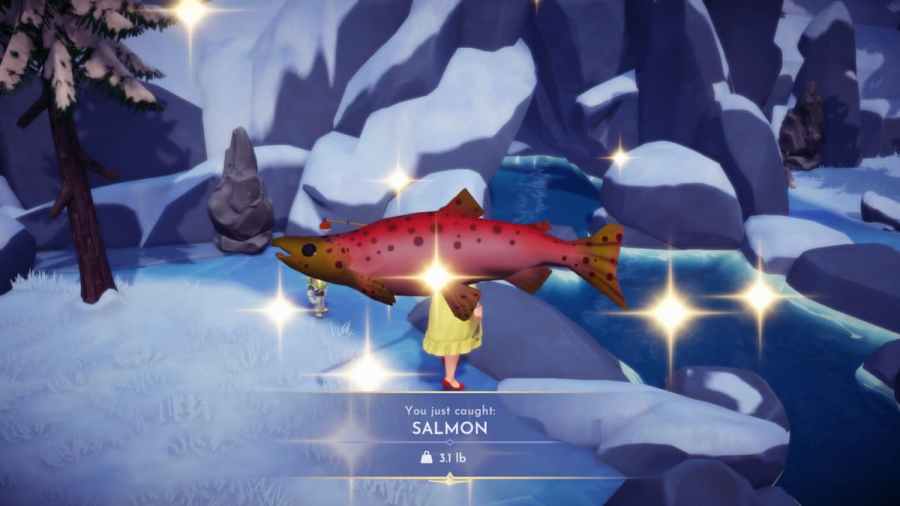 Some recipes in Disney Dreamlight Valley need very specific ingredients to make them. If you want to make Sake Maki or Apple-Cider-Glazed Salmon, you'll need to start by finding some Salmon first. It's not particularly difficult to find, except that you'll need to have unlocked a Biome only entered later in the game. Here's where to find this pink, delicious fish in Disney Dreamlight Valley.

Related: How to make a Birthday Cake in Dreamlight Valley

Once you have unlocked it, Salmon can be fished from white bubbling spots in the Frosted Heights river. No weather requirements exist to spawn this fish, and white bubbling spots appear fairly commonly. It shouldn't take long before you have a handful to take back to the kitchen with you. When you go fishing, remember to bring along a Disney friend who boosts fishing for a chance to catch two Salmon each time you encounter one.

Where to find Salmon in Dreamlight Valley