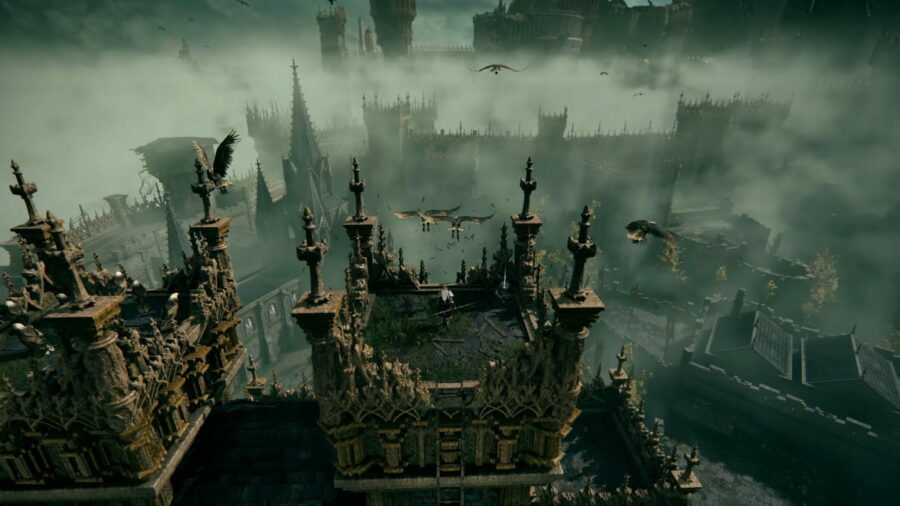 When we first meet Thops he is the Church of Inth in Elden Ring. He is a friendly sorcerer trying to make his way back to the Academy of Ray Lucaria to continue with his studies. Eventually, we find him there after having finished his questline. He is dead. But how did he die, and why would they kill this gentle academic?

What happened to Thops in Elden Ring?

We have to speculate here because the answer is not made clear by the game, and anyone who reaches the questline's end is still left with questions. Finding the gentle sorcerer's corpse slumped in a chair was upsetting the first time. There are a few items that he is holding that you can pick up from his corpse. Those items are his Bell Bearing, the Academy Glintstone Staff, and Thop's Barrier spell.

These items suggest that Thops was studying a new spell and had just learned that spell during the time of his passing. It was always his choice to go back to the Academy so there is no reason to feel guilty about his death. He longed to be at the Academy and we just helped get him back there.

Related: How to complete Thops questline in Elden Ring

How did Thops die?

There are several suspicious details we need to consider when we look at his death. When we find his corpse, his hands are tied with what looks like rope. Many believe that he had taken his own life, but on closer examination, we can say that it is foul play. The area he is found in is outside the School Classroom Site of Grace. The area is covered with the undead and points to the fact that the Academy was never a safe place for him to be in the first place.

Did Thop overwork himself to death?

There are also many that believe that Thops simply just worked himself to death. In a subreddit discussion, Reddit user AmorakTheWhite stated that "The poor guy was so happy to finally have the key to enter the academy again, that even ridiculed by his peers, he poures every bit of his passion into study and research, thus creating a revolutionary spell... but gave to much of himself and worked into exhaustion on the cusp of creating that spell. A bittersweet tale of success."

The mystery remains and the lore is still open on this one. We would like to hear what you think about Thop's death, so make sure to comment below in case we missed a big part of the puzzle.

For more news and guides for the Tarnished, check out everything Elden Ring on Pro Game Guides.

How did Thops die in Elden Ring?