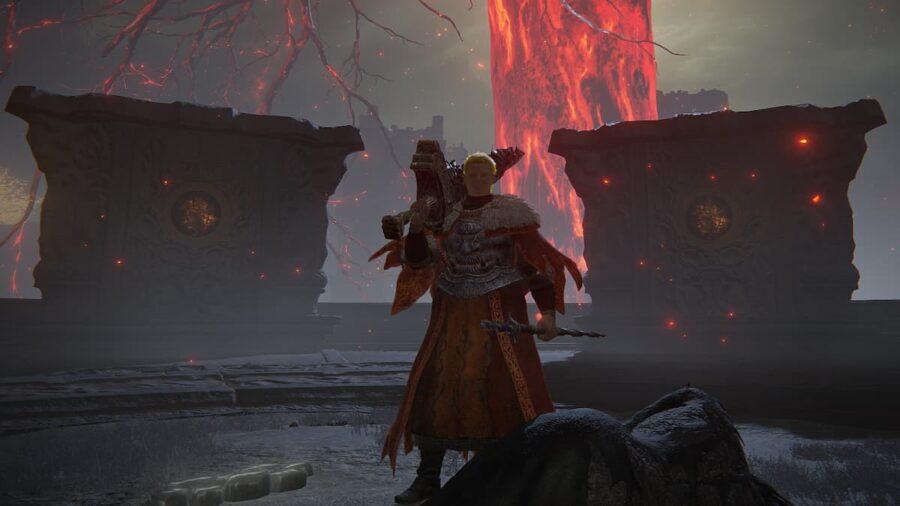 In Elden Ring, players will choose from a range of classes to start the game, each focusing on unique attributes. Warrior is one of the 10 starting classes in the game, and its highest primary attribute is Dexterity. Warriors start with two Scimitars, a Riveted Wooden Shield, Cloth Cowl, and Vest, along with Greaves and Gauntlets. Here is a list of the Warrior builds in Elden Ring that players can strive to make in-game.

Which attributes should I focus on for Warrior builds in Elden Ring?

While leveling up the attributes for the Warrior class, players should focus on Dexterity, Endurance, Vigor, and Mind. We recommend increasing Dexterity to 30, and Endurance to 25 quickly to have a better chance in the early phases of the game. Players can also focus on Strength and intelligence later to improve the overall quality of their build. Some of the boss weapons like Hand of Malenia and Dragon King's Cragblade can be acquired in the later phases of the game and requires high Dexterity to wield.

The Serpentbone Blade is acquired by completing the second quest given by Tanith at the Volcano Manor. While players will have to complete a considerable portion of the game to reach this spot, the Serpentbone Blade has a poisonous capacity to devastate enemies. It scales primarily off Dexterity and Strength, and cannot be infused with Ashes of War.

The Serpentbone Blade causes Poison build-up and has the Double Slash unique weapon skill. To complement this weapon properly, players can equip an Uchigatana on the other hand, and have a Poison effect Ash of War equipped. Warriors are skilled fighters and perform exceedingly well with a weapon in each hand. Alternatively, you can equip a Shield, but we recommend focusing on the Poison build-up by dual-wielding Katanas.

The Hand of Malenia is a weapon acquired during the late stages of the game, and it fits perfectly for the Warrior class. The Hand Of Malenia scales primarily off Dexterity, and its passive effect causes blood loss buildup. Ideally, players need to pair this weapon with a build focusing on bleed damage. Dual-wielding an Uchigatana infused with blood effect Ashes of War brings the best out of this Warrior Build.

This weapon's unique Skill Twinblade Dance is one of the best attacks to deal consistent damage to opponents with a series of rapid slashes. For Armor, players can use the Fingerprint Armor set to compliment the build. Talismans like Rotten Winged Sword Insignia, and Prosthesis Weaver Heirloom are ideal to use with the Hand of Malenia.

Related: How to get Celestial Dew to revive dead NPCs in Elden Ring

The Bloodhound's Fang is a weapon players will find relatively early in the game, and you can focus on a bleed build revolving around the Warrior class. This weapon is a Curved Greatsword and performs extremely well to stagger opponents. Bloodhound's Finesse is the unique Skill of this weapon, and it does considerable damage to the enemies with a giant slash. Players cannot equip Ashes of War to the Bloodhound's Fang.

Using a Dagger like Reduvia complements the Bloodhound's Fang as you can quickly move in an out of attacks while dealing damage. Similarly, the Black Knife Armor Set fits perfectly with the build providing sturdiness and mobility at the same time. The White Mask is the perfect helm to use with this build as it slightly increases attack power when there is blood loss nearby. However, you can also select the Black Knife Hood to match the armaments.