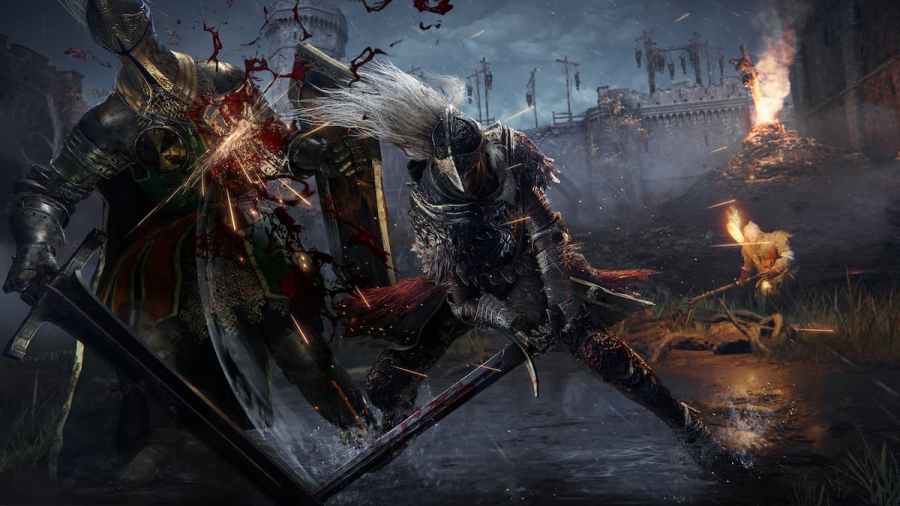 Soldier of Godrick is a field boss in Elden Ring found in The Stranded Graveyard. This is an optional boss as players don't have to defeat it to advance to the Legacy Dungeon.

How to defeat the Soldier of Godrick

You cannot collect any special items before you reach the arena to fight him, but Soldier of Godrick is easy enough to defeat, so you won't need to gain any advantage against him.

His attacks are very vertical. He swings his sword down to the ground and then up to the air. So it is advised to dodge the attacks by moving to the sides.

Soldier of Godrick has a heavy sword, so his moves are predictable. The only tricky thing about him is that he looks like he will strike once, buthe may suddenly perform a three-hit combo.

If you have enough health, a simple strategy like simply spamming attacks at him is enough to defeat him even if he hits you several times. But this boss is your chance to practice some moves, like Guard Counters, Parry, and Dodge.

A charged heavy attack from any weapon will break his posture, allowing a critical hit that can do 30% of his life bar.  You can prepare another heavy attack while he's getting up to repeat the critical hit.

Related: How to beat Flying Dragon Agheel in Elden Ring?

Soldier of Godrick's will run towards you and close the distance quickly but his attacks are incredibly slow. It may be hard to keep your distance, but remember to quickly hit him after dodging his attacks. Your best option would be to dodge when he attacks, get distance, launch your attack, and repeat.

For more on Elden Ring be sure to check out How to cure the Poison status effect in Elden Ring or How to beat the Stonedigger Troll in Elden Ring? here on Pro Game Guides.

How to defeat the Soldier of Godrick in Elden Ring