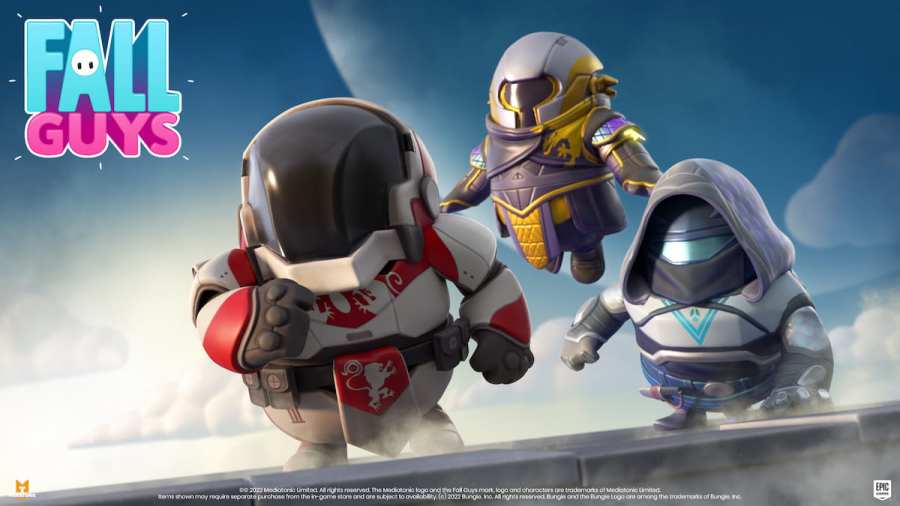 Destiny 2 developer Bungie had a big day on Aug. 23, 2022. Several big announcements were made regarding Season 18, the Lightfall expansion, and integration with the Epic Game Store. Aside from coming to the worldwide phenomenon Fortnite, Destiny 2 is also headed over to Fall Guys with three skins.

What Destiny 2 skins are in Fall Guys?

Three Destiny 2-themed skins are coming to Fall Guys. Rather than be based on specific characters, they're modeled after the ceremonial armor for each class: Titans, Hunters, and Warlocks. It's a great way to have some Destiny flair without having fans feel like their favorite character was left out.

Related: How many bounties can you hold in Destiny 2?

Players that got into Destiny 2 when it launched in 2017 should recognize the armor set as part of the Traveler's Chosen collection. It has since returned to fashion as part of the World Loot pool. But now Destiny fans can rep their favorite class when playing the addictive Fall Guys. So go forth, Guardian, and contend in the greatest game behind Dares of Eternity.