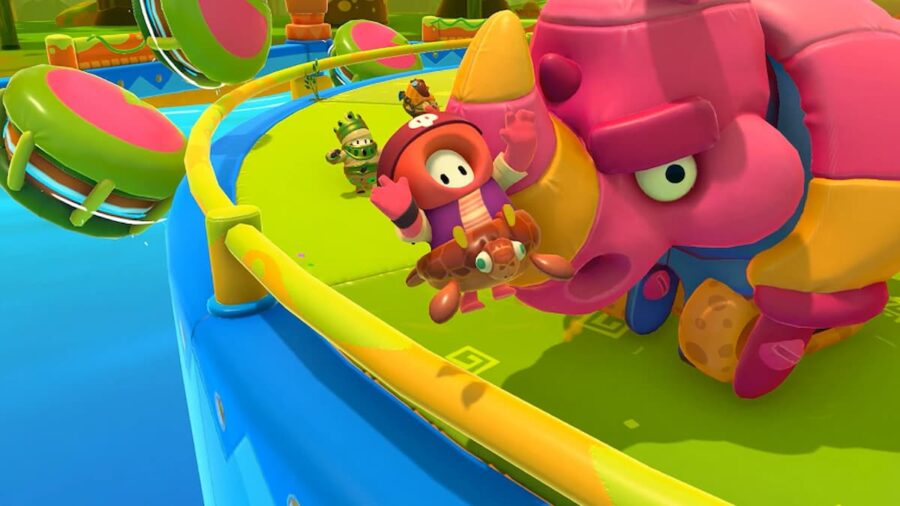 Fall Guys is a hugely popular, free-to-play multiplayer battle royale that’s had official releases on PlayStation, Nintendo Switch, Xbox, and PC via the Epic Games and Steam (although it’s no longer available on Steam unless you previously owned it). But, if you’re a Mac user, you might find yourself left in the lurch. That said, there is still a way to play Fall Guys on Mac.

The best way to play Fall Guys on Mac (and many other PC games) is to use a virtual machine or PC emulator on Mac. In the past, getting Windows running on a Mac was a long and arduous process, filled with scary terms such as “dual booting.” But thanks to emulation software like Parallels, you can easily run a Windows 10 or 11 OS on your Mac.

The first step is to download Parallels. There’s a free version you can use that is idea. for just playing games. When you download it, you’ll want to make sure you use the Windows 10 ISO version, as some Mac computers won’t be compatible with later versions. Run the Parallels app and follow the instructions on the official website to create a Windows virtual machine. Once this is up and running, it’s as simple as downloading the Epic Games Store and installing Fall Guys from there.

If Parallels isn’t your thing, there’s numerous other virtual machines out there, such as Azure, Boot Camp, VMWare, and others. Some of these come with a price tag, and others have free trials. Either way, if you’re a Mac user who wants to enjoy the latest PC gaming titles, try running a virtual machine.

Shadow is one of the best options, but there's also Boosteroid and Paperspace. All are subscription services, but therea are free trials for some of the services. This is perhaps the least labor-intensive way to play Fall Guys on your Mac, as it only needs an internet connection and for you to sign up.

For more Fall Guys info and guides, check out Does Fall Guys have private lobbies? on Pro Game Guides.

How to play Fall Guys on a Mac