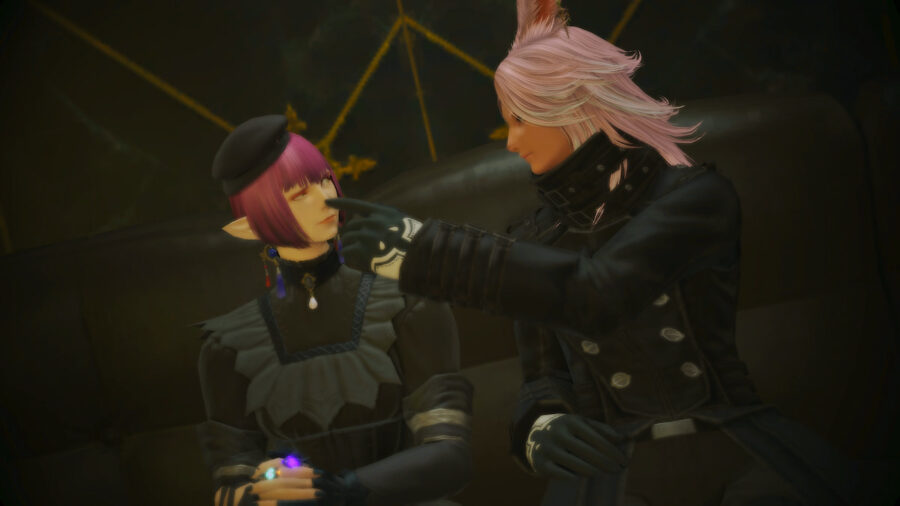 Final Fantasy XIV may be well-known as one of the most popular MMORPGs out there thanks to its engrossing story, compelling gameplay, and lore-filled world. However, there's another side that is just as rich and robust but is reliant entirely upon the player base for its support. The roleplaying (RP) scene in FF XIV is incredibly lively with nightclubs, cafes, DJs and entertainers, house designers, and even adult magazines. Yes, you read that last bit correctly.

A group of players on the Aether Data Center has taken it upon themselves to create a magazine similar to industry mainstays like Playboy, Maxim, and others of that ilk. Going by the moniker of /dote, the magazine offers venue and mount reviews, insights into the latest fashion trends, interviews, and of course, a featured "centerfold," or as they call them, "darlings."

The magazine is based entirely on and in the RP community with what appears to be a strict adherence to not breaking the fourth wall. Rather than take an interest in streamers or well-known figures in real life, it treats the player characters as the focal points and refuses to break out of character.

There are several other in-game publications that share a space both on the Aether Data Center and others like Crystal and Primal. Many exist as websites or single-page PDFs that are distributed via fanmade sites or through Discord servers. All are based around the same premise of covering different events, venues, and people of interest within the game.

It's an interesting take and shows that a community isn't restricted by what the game is necessarily intended to be. Rather, a game is what the community makes of it.