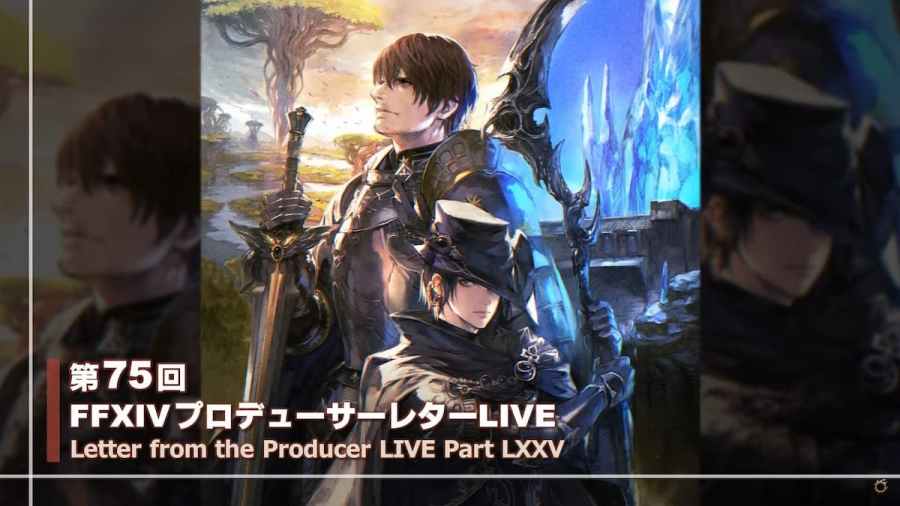 Square Enix finished off the year strong for Final Fantasy XIV fans, as on December 23, 2022, the Final Fantasy Letter from the Producer LIVE part LXXV, better known as the Live Letter, aired on YouTube, giving us some hints as to just what we’d see in patch 6.3 come January. The two-hour presentation gave us a great idea of what 6.3 will look like, and below is a summary of what was said!

Naoki “Yoshi P” Yoshida and Toshio “Foxclon” Murouchi kicked off the Live Letter with a brief preamble around 30 minutes before the start of the official steam, chatting through some of the updates and the game’s compatibility with the PS5. After about 15 minutes of chat, the stream transformed into a parody of Pop Team Epic and teased (jokingly) a new Sky Mage job. This was just a joke, though, and nothing to get hyped for.

To start the presentation, Patch 6.3 was revealed to be released on January 10, 2023, so there is not long to wait for eager FFXIV fans. This was accompanied by the official trailer release, unveiled in multiple languages. The teaser for the Omega Ultimate was snuck in at the end of the trailer.

As we previously knew, patch 6.3 will be entitled Gods Revel, Lands Tremble, and is coming out in January. The presentation started with a hype trailer for the new patch, showing off the new dungeon, some story, and the new raid. What’s more, the trailer seemed to tease an impressive new vocal track, hints at the next expansion’s storyline updates to PvP, and teased an Omega-themed Ultimate.

The first portion of the Live Letter then went over many of the changes already covered in the November 11 Live Letter, which you can check out a summary of in our previous article. Additional new features are listed below:

The Live Letter described some new miscellaneous and general updates

Certain jobs are now slated to get adjustments in patch 6.3

The objective of the above adjustments to Paladin is described as improving the ability to deal burst damage by adjusting action efficiency and rotations. They also want to reduce the reliance on damage over time (DoT) abilities while also improving the usability of defensive abilities.

Yoshi P then showed off the new Kugane-themed Crystalline Conflict arena. The arena featured gold dropped by spectators which power you up, secret doors, a traveling combat dummy, and other interesting and unique features. The aim seems to be to add more variety to Crystalline Conflict, which admittedly has been slightly vanilla in its first few seasons. Yoshi P also showed off some PvP rewards, which looked just as impressive as always.

Yoshi P then played through some of the new Euphrosyne Alliance Raid to give us an idea of what we could expect. The preview showed evolving landscapes, some incredible enemies and lot of really interesting formations. It looks like one of the most incredible Alliance Raids we've seen yet, which is certainly something. And showed off Gra'ha Tia in a new outfit, which his fans will definitely appreciate. Additionally, some of the raid gear was revealed.

We then got a glimpse of the new Ultimate, showing that it's a level 90 Ultimate that will start with Omega's default form. Yoshi P struck Omega a few times before being killed by the creature in two hits, giving us the smallest preview of its potential attacks. Overall, we don't know much more about this new Ultimate raid just yet.