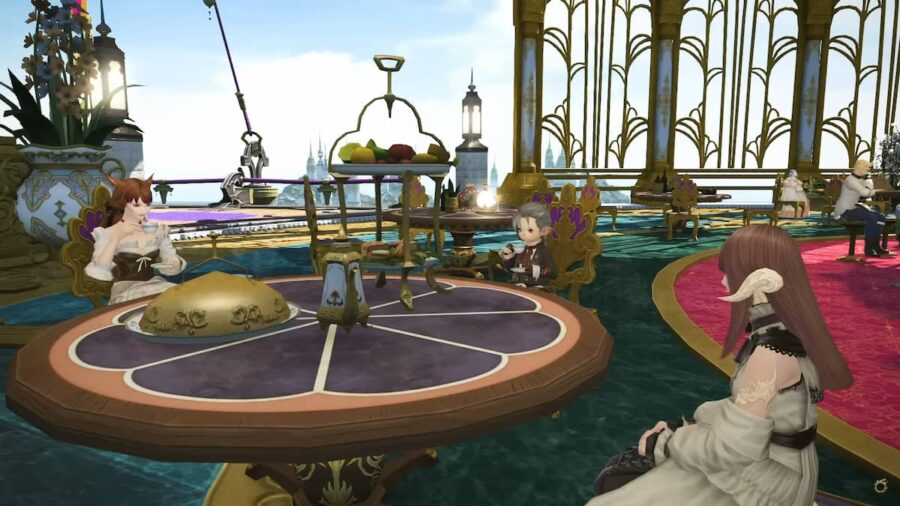 Final Fantasy XIV raiders taking part in the Dragonsong Ultimate, are being snatched out of the raid and put into Game Master Jail. Both most notable examples happened on May 9. Japanese raider Hiroro was pulled from the raid while streaming. A few hours later, North American raider BagelGooseFF faced similar punishment, as captured on stream. Both were also banned for several days.

The bans are seemingly in response to yesterday’s (May 9) warning from Final Fantasy XIV’s director and producer Naoki Yoshida. Yoshida warned and reconfirmed that third-party add-ons and mods to the game were disallowed in Final Fantasy XIV..

Hiroro was reportedly using a quickloader, a third-party program which replaces the default Launcher for Final Fantasy XIV. Meanwhile, BagelGooseFF was seen to be using ACT, a DPS tracking plugin. They were both moved to GM Jail, a location in-game that only a Game Master (admin) can teleport you to. They were then banned for 10 days.

Both add-ons are prohibited by the Final Fantasy XIV terms of service. But the bans and response have prompted backlash from the FFXIV community. Many are critical that Ultimate raiders are being punished, while scripters and other addons in PvP modes are not being policed. Still, others support the measures, stating that any breaking of the rules warrants a ban—even if the mods or add-ons don’t affect anyone else.

But it seems a sinister element is behind the bans. The streaming raiders were allegedly mass-reported by jealous or overzealous players eager to see the rules about third-party add-ons enforced, effectively weaponizing the rules as a tool to harass disliked streamers. This stance on add-ons will remain controversial in Final Fantasy XIV.