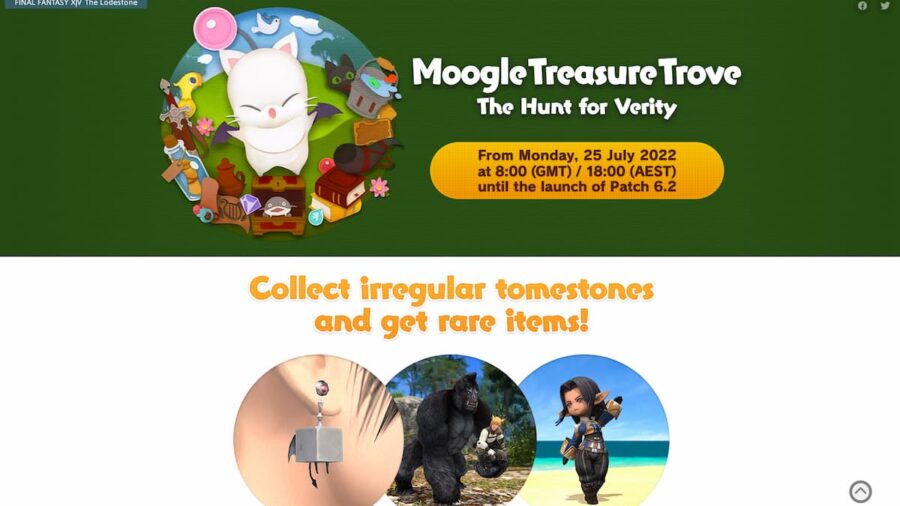 With the 6.2 patch not releasing until late August, there’s a bit of an absence of content in Final Fantasy XIV right now. But that’s exactly when Moogle Treasure Trove events arrive and fill the time with an engaging new grind! As per the official Final Fantasy XIV Lodestone page, the new Moogle Tomestone Event will start on Monday, July 25, 00:00 PT, and run until the launch of patch 6.2.

The event, full name Moogle Treasure Trove: The Hunt for Verity, will task players with collecting Irregular Tomestones of Verity by completing various duties. The number of Tomestones for each duty is listed below:

Related: What are Variant Dungeons in Final Fantasy XIV?

Items available from the event include a unique Demon Brick Earring for 100 tomestones, which is only available during this event, the Lunar Kamuy Fife and the Ufitiy Horn, both rare mount. Additionally, the Wind-Up Elvaan Minion appears, usually a rare drop from a FATE in Eureka.

Overall this is a great chance for you to grab some of the missing items in your mount or minion collection all while completing duties and gaining experience. A good event for filling time until the next patch!