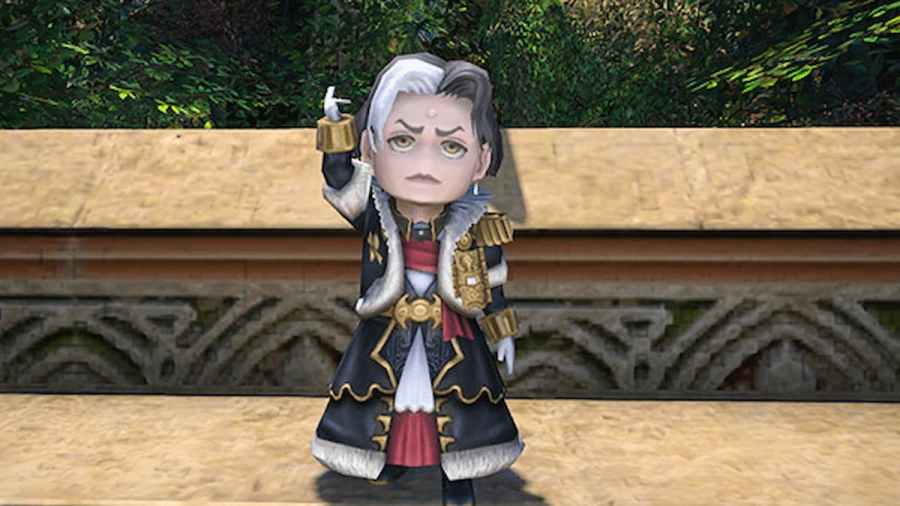 Final Fantasy XIV Patch 6.2 added a host of new minions, but not all of them were available immediately after release. That was certainly the case with the Clockwork Solus minion, a miniature version of the infamous Emet Selch. Here’s how to get a mini Emet Selch, the Clockwork Solus Minion in FFXIV.

The Clockwork Solus Minion is available during The Rising 2022 event. It’s a reward for completing the quest from the event. To start the quest, speak to the Wandering Minstrel at X: 10.1, Y: 8.4 in Ul’dah - Steps of Nald. Relive the past year in Final Fantasy XIV with the game’s director Naoki Yoshida’s in-game avatar to receive the Clockwork Solus as a reward.

As we previously detailed, the Rising 2022 event will start on Aug. 27 and continue until Sep. 12.

Related: How to get the Isle Onion Prince Mount in Final Fantasy XIV

The Rising is an annual event that celebrates both the launch of the A Realm Reborn reboot of Final Fantasy XIV and in-game pays remembrance to those who died in the Calamity, a huge world-shattering catastrophe that struck Eorzea. It’s commemorated with Fireworks and celebrations.

This year seems likely to focus on the Ascians, such as Emet Selch, who we discovered the true nature of in the Endwalker expansion. Once the main villains of the series, over multiple expansions, fans have learned that the Ascians were more of a tragic series of figures. The  Clockwork Solus Minion immortalizes one of the most striking villains FFXIV has ever had in miniature form.

For more Final Fantasy XIV news, guides, and info, check out How to unlock the Storm’s Crown Normal and Extreme Trial in FFXIV on Pro Game Guides.

How to get the Clockwork Solus Minion in Final Fantasy XIV