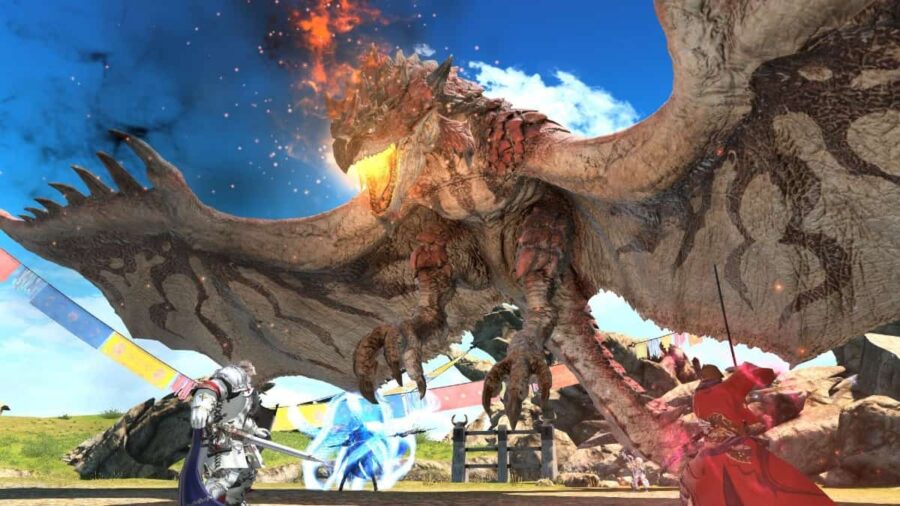 Final Fantasy XIV has had its fair share of crossover events it famous games, including one that brought Monster Hunter: World's Rathalos to Eorzea. Dedicated hunters can even claim this beast as their own with enough work.

To unlock The Great Hunt (Extreme), players will have to complete The New King on the Block quest, a Monster Hunter tie-in given by Hearty Hunter (X: 9.7, Y: 8.9) in Kugane and beat the base version of this trial. Taking down the original Rathalos will unlock The Newer King on the Block, granting players access to the extreme variant of this Trial. Unlike most trials, The Great Hunt (Extreme) only allows up to four players to fight at once.

Related: How to get the Fenrir Mount in Final Fantasy XIV Online

Each of the possible items found in this Trial's Treasure Coffer is listed below:

Completing this trial will also net players 15 Allagan Tomestones of Poetics once a day.

Because the drop rate for Treasure Coffers and Rathalos Whistles is so low, players will most likely need to fight the Rathalos until they scavenge 50 Rathalos Scale+ items. These can be found by carving the beast's tail once the fight concludes. Once players have all the scales they need, they can travel back to Kugane and visit the Smithy (X: 9.7 Y:8.9) to trade these items for one Rathalos Whistle.

We recommend desyncing levels and fighting this monster once players have hit level 80 for easy farming. Players can desync levels by heading to the settings tab of their Duty Finder and checking the Undersized Party option.

What does RPG Stand For in Video Games?