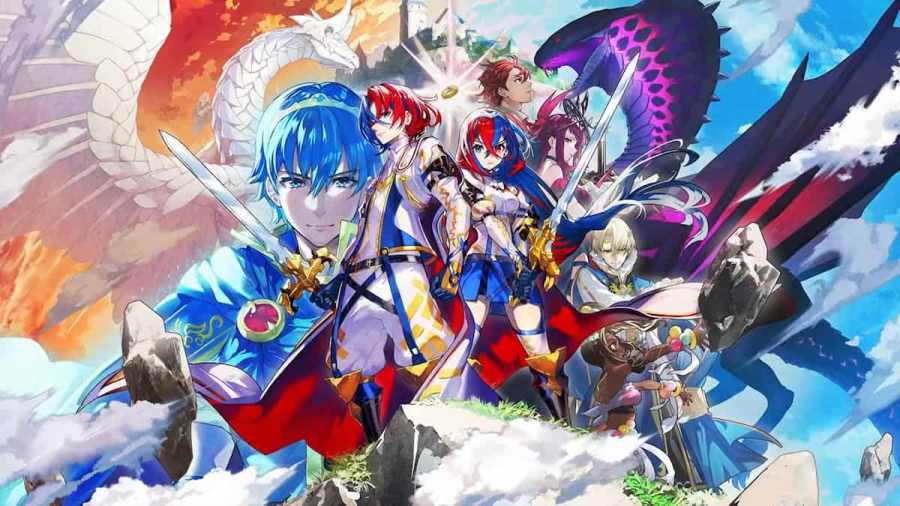 The Class system in Fire Emblem Engage is a large departure from what fans might be used to from Fire Emblem: Three Houses. There are only two tiers of classes, and there aren't any lessons to give characters new proficiencies. That being said, it's as important as ever to start a file with a game plan for what classes characters will want to go into.

Which Classes should players put their units into in Fire Emblem Engage?

Despite being as quick as a bullet, Alear can have trouble hitting KO thresholds in Fire Emblem Engage. The Divine Dragon classes also don't do much for him or her, so it's better to reclass into Paladin to get more Strength and a mount.

Vander is fine as a Paladin since it gives him the mobility he needs while keeping beefy stats. As a Jagen, Vander is mostly used for the early-mid game anyways.

Oddly for a character that comes with a tome, Clanne has a pitiful 10 Magic growth. To use Clanne long term, it's better to put him into Paladin or a hybrid class like Mage Knight so he could use his decent physical strength

Especially on higher difficulties, players can get a lot of utility out of the Martial Monk class. For this reason, it's probably better off leaving Framme in her initial class instead of reclassing her.

Alfred is quite the bulky Noble, but he can get RNG screwed in the Strength department. In this case, it's probably best to put him in Wolf Knight to take advantage of its high speed. Alfred also works well as a Paladin, but he will get slower in the Avenir class.

The quickest way to get value out of Celine is to leave the Celica ring on her and change her into a Sage. She gets a higher Magic growth this way, with the potential for more Magic with the Spell Harmony skill and Celica's Magic +3.

Like other early Pegasus Knights in the series, Chloe lacks Strength stat. Players can salvage this by giving her the early Energy Drop and putting her on a Wyvern instead of a Griffin when she promotes.

Louis is an incredibly bulky character that performs better if he can get more movement. This makes him a phenomenal Great Knight candidate since he can reach key areas quicker.

The best class for Etie would be Bow Knight. This gives her mobility, keeps her Bow proficiency, and fixes her low Speed growth (Bow Knight comes with an extra 20 Speed growth).

The only real way to get value out of Boucheron is to let him keep his Axe and promote into Beserker. Boucheron actually has a 20% Strength growth, so he needs the high Strength from Beserker to function.

Leaving Yunaka in Theif can help her use her Personal Skill, which gives her extra crit if she is on an Avoid tile. Yunaka can also perform well as a Wyvern Rider, though, since it will give her high Strength and Speed.

Alcryst actually works better as a Sniper than a Tireur D'elite. Thanks to his personal skill, Get Behind Me, Alcryst should be hitting kill thresholds without Luna. He would benefit more from the +10 Crit that Sniper gives against foes that can't counterattack.

This character is honestly fine as is. By leaving her in her class and promoting her to Sage, she will end up with a huge Magic stat. Citrinne is also a good candidate for the Celica ring if players don't want it on Celine.

Similarly to Boucheron, Lapiz has an abysmal Strength growth rate (25%). While this makes Berserker an interesting option, she might benefit more from Wyvern Knight due to its high movement and flight.

Honestly, this character will be great regardless of class. It's really hard to mess up Diamant, who has high Strength, Speed, and Defense. For a super Diamant, players might want to try Successor for the Sol ability paired with Solar Brace from Ephraim's Ring.

Amber has some great base stats but can run into a wall with a low 30% Speed growth. It's best to address this by making Amber a Bow Knight or a Wolf Knight as soon as possible, so Amber can keep up with enemies.

Jade is in a similar situation to Louis. She has all the makings of a great enemy phase tank, but she needs the movement from Great Knight to keep pace with the rest of the army.

Ivy comes in a unique class and promotes into an odder class in Lindwurm. It turns out this is the path that most players will want to go down, though, since, at the very least, Ivy can fly around using Physic to heal teammates.

Kagetsu is a fantastic offensive unit but is still locked to swords. Players can change him to Hero to let him use Axes or Lances. Paladin is also a great option for Kagetsu to raise his Speed.

Zelkov actually has a very average set of growth rates. This makes it best to just leave him as a Theif, so he can stand in Thickets and dodge incoming attacks.

It can be tempting to promote Fogado into Cupido since it aligns with his Sentinel background. Fogado actually gets a slightly higher Strength growth in Bow Knight, though.

There's very little reason to move Pandreo out of his High Preist class. If players wanted another mage, they could reclass into that, but Pandrea does enough damage as is, along with Warp utility.

This is another character that doesn't really need a reclass. Great Knight gives him mobility and durability. Bunet can serve as a nice replacement for Louis or Jade if they die on Classic mode.

Related: How to strengthen engage weapons in Fire Emblem Engage

Timerra is found in the desert section of the game, making it tempting to put her on wings. Her Strength growth is so low (25%), though, that she might prefer a horse instead as a Paladin. Wyvern can also give her a bump in Strength as well.

Although she packs a punch as a Berserker, Panette might be one of the game's best candidates for Griffin Rider. This moves her lackluster speed to a 45% growth rate. She can also take Speed +3 from Lyn.

Merrin is so good out of the box that there's little reason to change him. Let him stay on his wolf, and he will double almost all enemies on the field.

Like her sister, Ivy, Hortensia makes a great Lindwurm. She may not hit as hard with magic, but the combination of flight and healing is really powerful, especially on certain maps that make it tough for grounded units.

Every good squad needs a Dancer. Therefore, please don't reclass Seadall; his utility as a Dancer is almost necessary to success in Fire Emblem Engage.

At the point in the game where players encounter Lindon, there isn't much point in reclassing for growth. The only change that might make sense is Mage Knight to give more movement.

Saphir can give lots of help to an army as a Wyvern. Saphir already has the Axe rank, so the ability to fly really helps in this instance.

Best Classes for each Character in Fire Emblem Engage