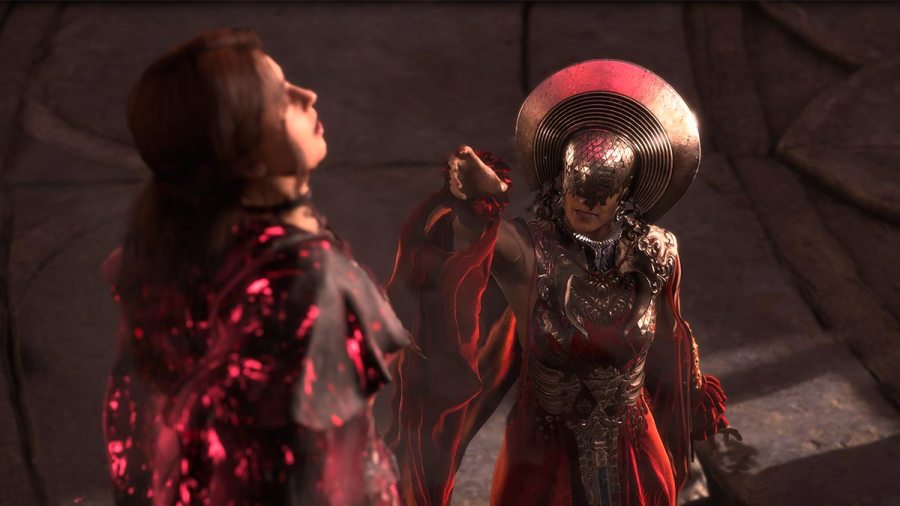 Boss fights in Forspoken are amazing and frequent depending on your gameplay approach. Players get to fight a giant Dragon in the first hour of the game, but that's just a taste of what's to unfold ahead in the story. In Chapter 4, Frey sets out on a mission to kill Tanta Sila who is held up in her castle.

After you defeat Sila's minions, the entrance to the Praenost Castle Town appears. Upon entering the abandoned town, a cutscene plays in which Frey tries to formulate a plan to enter Sila's castle. Although you're provided with three options (see image), the best and only way into Sila's Praenost Castle is by selecting the Investigate the path option.

Related: How to get Feathers in Forspoken

Choosing to go to the castle gate will lead you to a group of minions and a Recreant Knight. After defeating these enemies, you'll find out that the door is blocked, and the only other way is to head up via the vertical pathway. Hence, it's best to stick to the path if you don't want to spend much time on this mission. However, killing the castle gate Recreant Knight rewards you with a Fervid Garland, which you can use later in the game.

Now, as you traverse the path to the castle on the hilltop, you'll encounter several of Sila's minions who'll also throw fireballs at you. You can either fight them or run past them in a hurry. You'll have to face a Recreant Knight and some shielded guards at the very top. Eliminate them strategically while conserving your healing items, as you'll need them later when you fight Tanta Sila. The Knight will drop the Aftershock nail design upon death, and the gate to Sila's throne will open up.

Stay tuned to Pro Game Guides for more Forspoken content. In the meantime, head over to our article on Best early upgrades for Cloak & Necklace in Forspoken.

Which path should you take to get into Sila’s Castle in Forspoken?