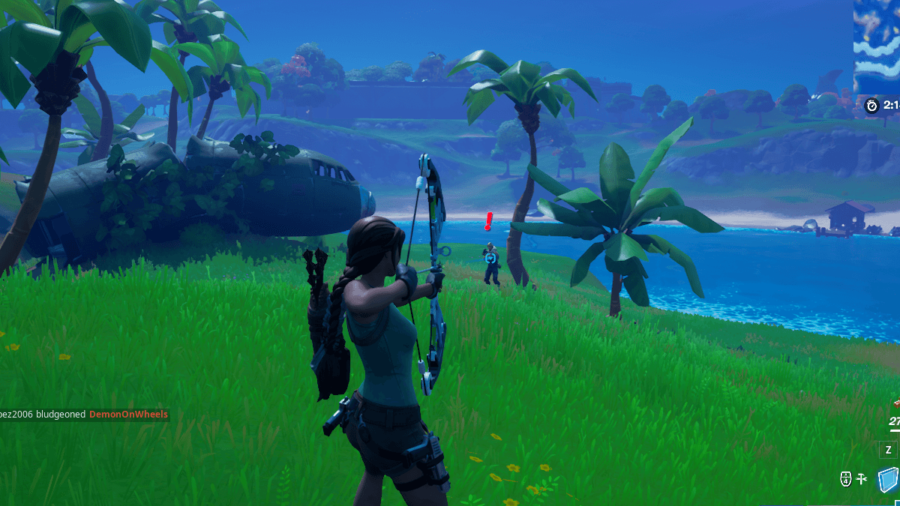 With the new Season of Fortnite, we face new NPCs that are all-too-ready to challenge us to a duel. We call these NPCs bosses not because they result in some storyline progression, but because they are tougher to beat than other NPCs. In this guide, we will cover all of their locations.

Another thing we'll note about these NPCs is that they are all hostile towards you without provocation. This means that they will attack you when they notice you and do not require you to interact with them. Most of them have much higher health than your standard NPC, so be ready for a fight if you want to cross their paths.

The image below provides the locations of all the Bosses currently accessible. This may change throughout Season 6, so check back occasionally! 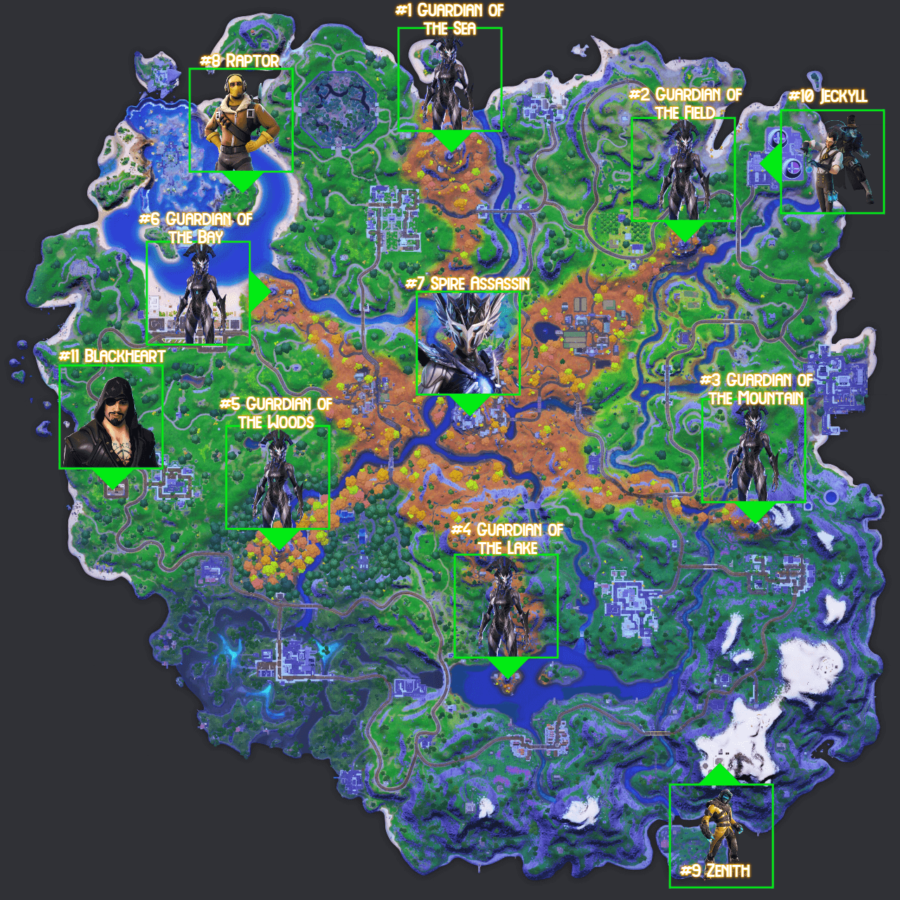 Listed below are a couple helpful pieces of information to note while searching for these Bosses and Guardians.

That's the complete list of bosses currently available. Don't forget: This list may change, so you'll want to check back with every major update to see who is added and removed. Good luck taking 'em down!

We're covering more than just Boss locations in Season 6! Be sure to check out our Complete Fortnite Chapter 2 Season 6 Guide!