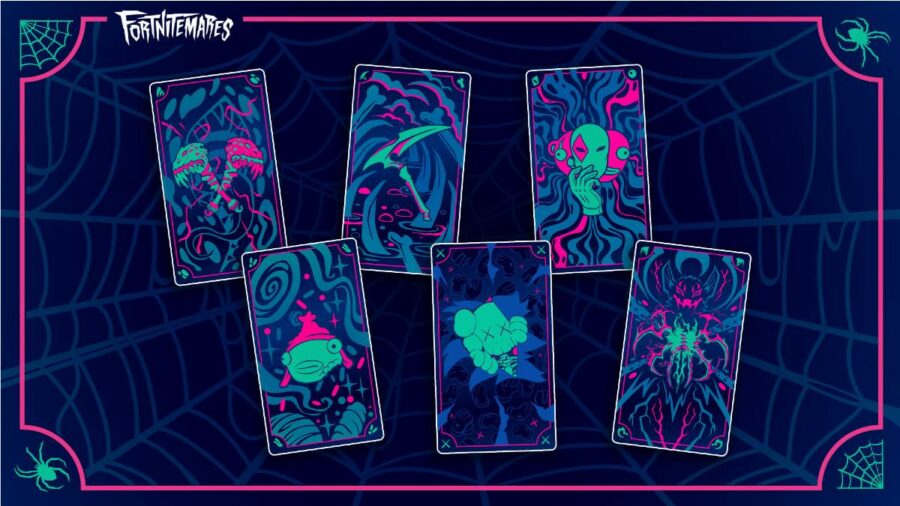 As a part of the Fortnitemares even for 2021, Fortnite is releasing Fortune Cards every week that are supposed to hint at cosmetics coming in the near future. During the first week, we had four cards that ended up giving us a Rick Grimes Bundle, a Frankenstein's Monster Bundle, a Skeletra Bundle, and a Curdle Scream Leader Bundle.

On Oct. 12, we were given six new Fortune Cards that are again meant to hint at what is coming this week. However, dataminers have already begun to try to crack the codes, and it seems we already have a good idea of everything coming this week.

That's it for the cards this week! We'll be updating this page when we have more information on the cards above, or when new cards come in.

Be sure to check out our Comprehensive Fortnite Chapter 2 Season 8 Guide to keep up with the latest news, content, and guides for the season!