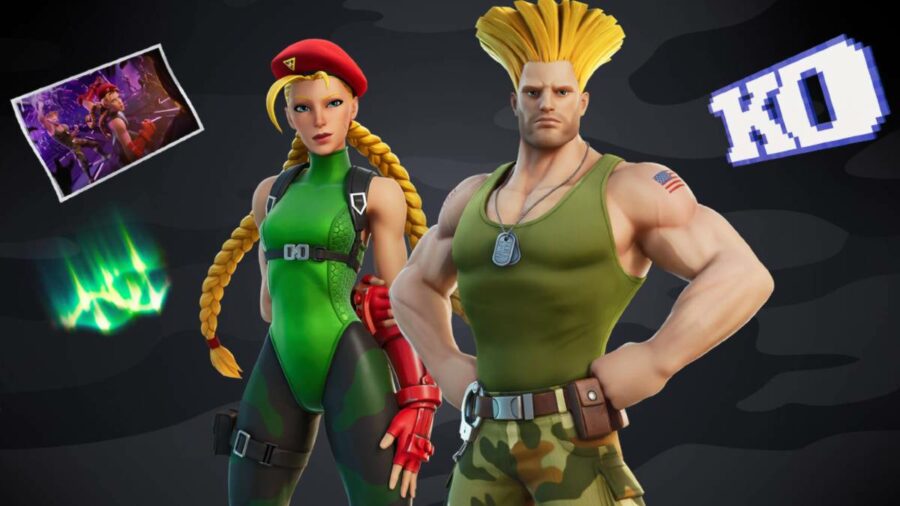 It may no longer be Season 5 of Fortnite, but they're not giving up on the crossovers! Previously, Ryu and Chun-Li found a home on the Fortnite island, but Epic Games has just announced that we'll see two more characters from the Street Fighter series: Cammy and Guile! Many of us Street Fighter fans are excited to see the newcomers and play as our favorite fighters from the decades-old series.

In case you haven't played in a long time and perhaps forgot their names, you can see Cammy in the Tweet on the left above, and Guile in the image above on the right.

Based on previous leaked skins, we're expecting these two to both come with their own bundles priced at 2,200 V-bucks, or 1,500 V-bucks for the skin itself. The skins will be made available on August 7, 2021.

With this addition, we're now looking at four characters from the Street Fighter universe being available in the game. We wonder: Is anyone going to make a Street Fighter themed map in Creative?