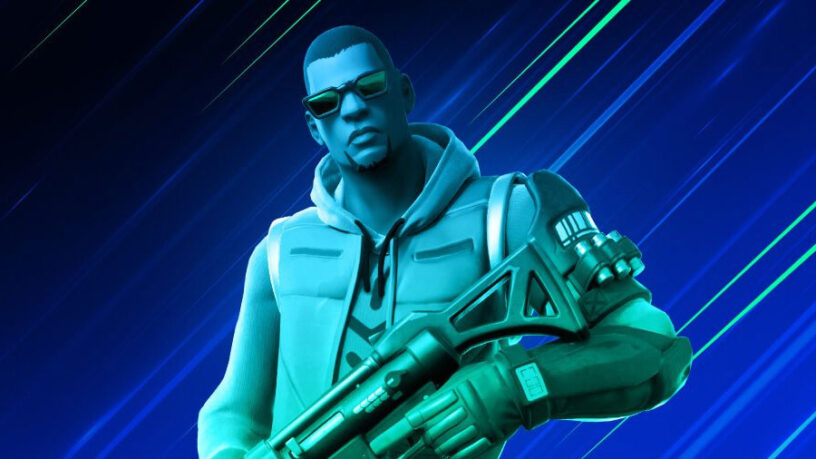 If you're a Samsung Galaxy owner, you're going to have yourself a chance to get a new skin for free! According to a leak, there's a new Galaxy owners invite-only tournament coming up that will give you a chance to win a new "Galaxy Girl" outfit. We've got details on what the requirements are and how to get it.

Looks like the "Galaxy Girl" will be known as the Galaxy Scout outfit! You can find a bit more detail here.

According to strings found by FireMonkey on Twitter, a tournament is going to be held Samsung Galaxy owners:

Join Galaxy owners in an invite-only Fortnite tournament for a chance to win the all-new 'Galaxy Girl' Outfit. 2FA and account level 15+ required.

Once the tournament has been officially announced, you'll be able to find the rules on Epic's official website. However, we do know that you will at the very least need a Samsung Galaxy device, have 2FA (Two-Factor Authentication), and your account need to be level 15+. If you've been playing much this season, then you've very likely already reached that goal. If you haven't, be sure to check out our how-to level fast in season 3 guide.

This is a pretty exciting announcement, because the original Galaxy skin is highly sought after and is a very unique entry into Fortnite's skin database.

We don't know yet what the "Galaxy Girl" outfit is going to look like, but we'll be sure to update this post as soon as we get a look at it! One other possibility with this skin is that it could end up in the item shop. Cosmetics like Tango and Komplex started out as tournament outfits, but eventually found their way into the shop. If a skin similar to Galaxy ends up the same way, a lot of players will be pouncing on it!

Keep in mind that all this information is based on leaks, so it's possible it doesn't end up seeing the light of day or something changes in the future. We'll keep you updated with more information once it is available.