Remote explosives have been a powerful piece in Fortnite's explosive arsenal. They have seen a few changes and have been nerfed a bit to a more tolerable level. This doesn't mean they aren't still very good. You can bring down opponents who have gotten the high ground on you, and deal some damage to players closed up in a box.

Update: The Remote Explosives had their Rarity changed from Rare to Epic in the 5.4 Fortnite Patch. 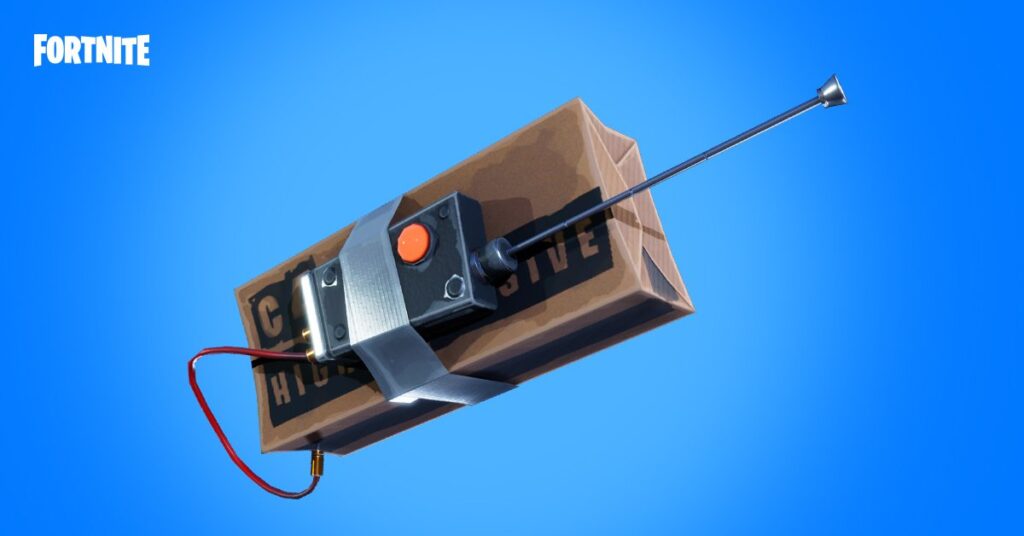 To use the Remote Explosive you use your primary fire button/key to toss the explosive a short range and it will stick to the surface it lands on. The charge will explode if it takes damage, so if your opponent sees it ahead of time they can shoot it before you get a chance to trigger the detonation. Your secondary fire button/key will detonate ALL placed charges.

You can no longer detonate these in the air, they have to be stuck to a surface.

You get 3 remote explosives per stack, and they can stack up to a max of 6.

If you kill an opponent that had explosives placed you CANNOT detonate them yourself. They are still active, however, and you can shoot them to cause them to explode.

Where to Find Remote Explosives

These are purple rarity (Epic), and you can find remote explosives all over the map. They can be found in the new supply llamas, treasure chests, floor loot, or supply drops.

These come in a stack of 3 so the damage is relatively low at around 70 damage. The blast radius is relatively small, but larger than it was when these were first released.