Our Fortnite Reboot Van Guide will walk you through everything we know about bringing your teammates back into the fight! We've got all the information you'll need, including info how the Reboot Card and Reboot Van work, and where you can find them.

The Reboot Van is available in all the named POIs, and the Reboot Card will drop when a squad mate has been eliminated. You can then bring it to a van and it will take 10 seconds to bring them back into the match. Once you've activated the van, a beacon and loud audio horn will go off that makes it obvious to anyone in the nearby area. Teammates are brought back into the game directly on top of the van one by one. Once you use the van, you won't be able to use that van again until it recharges.

Once eliminated in Duos, Trios, or Squads, players drop a Reboot card. These cards must be picked up by their teammates and brought to a Reboot Van to bring them back into the game. These cards are only available for a limited time, so the farther you are from your teammates or the more popular of a location you're in, the harder it will be to grab these in time. After obtaining a teammates Reboot Card, you must take it to a Reboot Van. These vans are available in every named location on the map. Upon reaching the Reboot Van, you must engage with it for 10 seconds to activate the reboot. This only needs to be done once for all Reboot Cards in your inventory. This means that if you have all three Reboot Cards of your fallen teammates, you will be able to reboot them all at once! 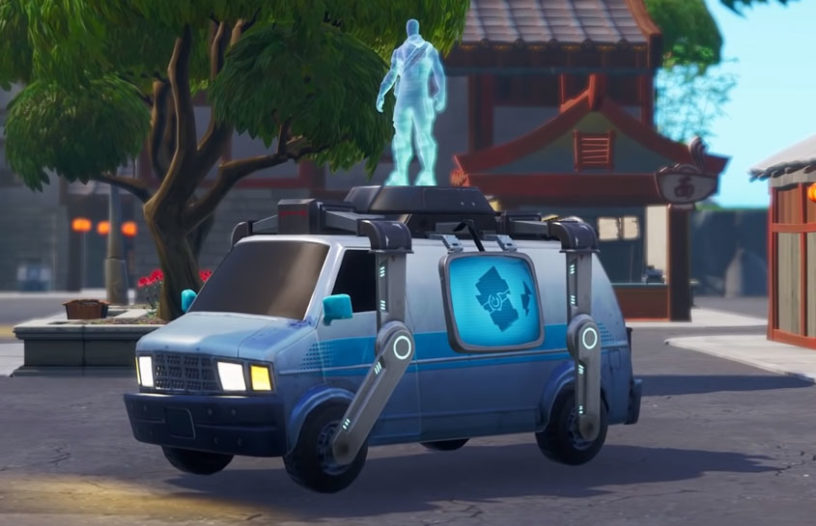 The vans are located across the map, and can be find in most major places of interest. Here's a map displaying all of their locations: The list below will explain how to find the reboot van in each location.

That's the current list! We will update this list with every major map change and every new season, so be sure to check back if you need help with a new location on the map!

Looking for a full list of Challenges for the newest season? Check out our Chapter 2: Season 5 Guide!