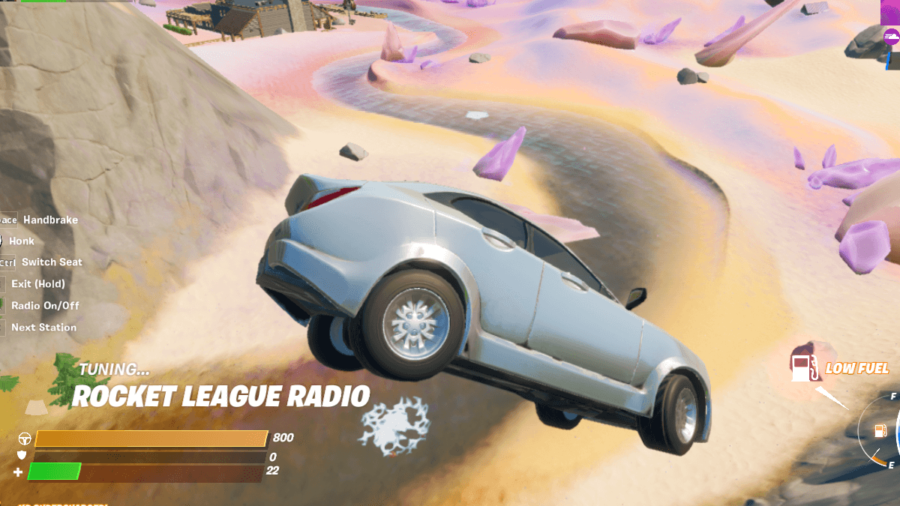 Every so often, Fortnite adds a new radio station to the list. These stations are always of the upbeat pop genre because it gives the players a reason to use dance emotes while riding in vehicles around the map. Is a new station being added today? Read below to find out more.

Although still in its speculation phases, reliable Fornite leaker ShiinraBR has provided us with an image of what the icon is for the new station.

A new radio station will soon be added to the game. This is the icon of it! pic.twitter.com/cVJx9BZ5uV

Orange and blue are standard colors for opposing teams in games, but one of the most popular by far is Rocket League. Why do we mention this? It's widely speculated and possibly proven that the newest radio station about to be added to Fortnite is none other than a Rocket League radio station!

Earlier this year, some of the music from Rocket League was added, then removed, leaving us fans to wonder what exactly was going on. We have managed to dig up this tweet below that might finally provide an explanation.

While it hasn't yet been confirmed, that screenshot looks very real to us! We're currently in the process of validating whether or not Rocket League music has indeed been added to the game. There is not confirmed setlist, either. However, if you're looking for what music might eventually make it to your Fortnite vehicles, check out this setlist from the Rocket League Wikipedia page.

Pro Game Games provides you with the best News, Leaks, and Guides for Fortnite. Check out today's item shop!

How to Redeem Codes in Fortnite

How to Sit Out in Fortnite