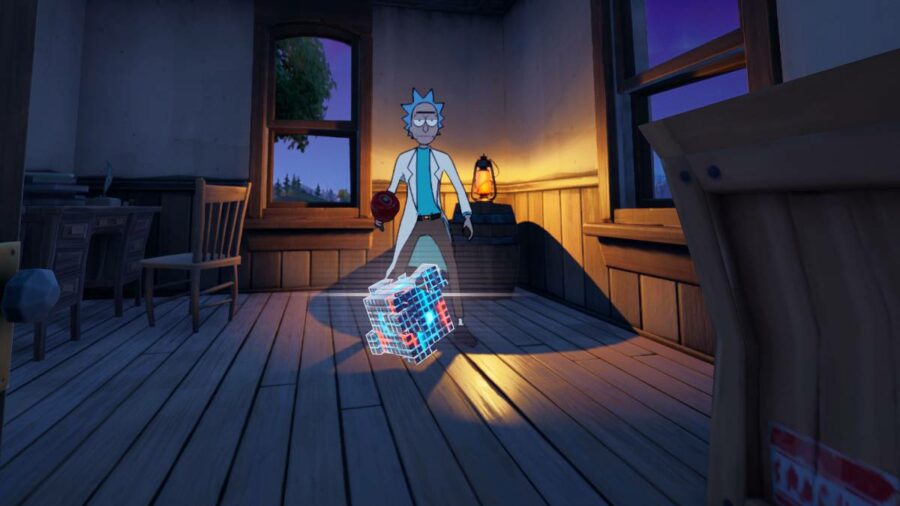 We are now in Week 12 of Fortnite Chapter 2 Season 7, which means we are facing a new set of legendary challenges. One of the Legendary Challenges this week is to craft a weapon with Alien Nanites. In the guide below, we explain how to do this.

Alien Nanites are randomly placed throughout the Fortnite island in every match. There is no set spawn point for them, but they are known to spawn more often at Guardian Towers, and inside the Mothership loot chests. However, you should come across at least one of them as you traverse the map in a match. They look like Rubik's Cubes with extra steps. You can see an example of them in the image below, outlined in red.

This image also provides an example of how to craft a weapon with Alien Nanites for this week's Legendary Quests. The first thing you'll need to do is get two things: Alien Nanites and a weapon that can be combined with them, such as an Assault Rifle, a Sniper Rifle, or a Submachine Gun.

When you have obtained the items mentioned above, open your Inventory (Tab on the PC, or Up on the D-Pad for consoles) and switch to the Crafting Menu. Select the weapon you'd like to combine with the Nanites (highlighted yellow in the image above). Then, select Craft.

The item you craft depends on the weapon you combined with the Alien Nanites. Combining the weapons below with Nanites will result in the following weapon.

Once you have completed the steps above, the quest will be marked as complete!