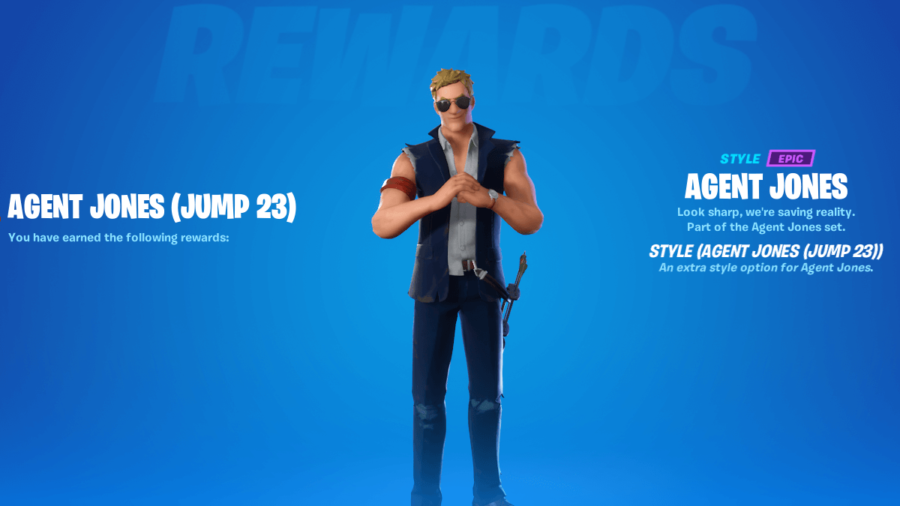 As we all remember, Jonesy was turned into a butterfly in the Zero Point Crisis Finale. As we rise in level throughout Season 6, we are given Epic Quests where we must find this Butterfly Jonesy at anomalies detected throughout the island. In this guide, we will cover how to find and solve the anomaly detected at Shark Island.

How to Find the Anomaly Detected at Shark Island

Thankfully, these anomaly puzzles are not difficult to solve once we find them. An important thing to note, though, is that you cannot do this quest unless you have reason level 28 for Season 6. Once you have reached level 28, you'r ready to do this quest. Let us first explain where to find the Butterfly Jonesy on Shark Island, then we'll explain how to solve the riddle. 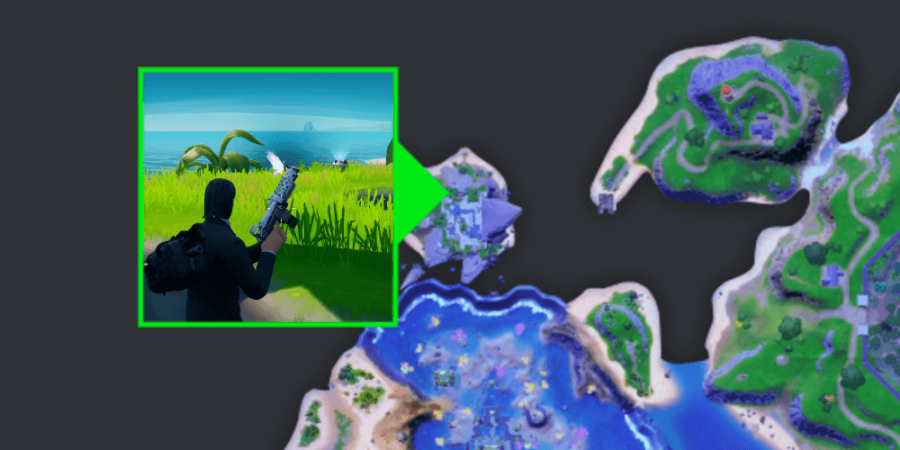 We strongly recommend you do this as early in a match as you can since Shark Island is rarely in the first Storm Circle. Butterfly Jonesy and his location is shown in the image above. As you can see, he is located at the northwestern corner of the structure, on the patch of grass at the tower. We'd like to mention that if you look down the hole to the base of the tower, you'll see one of the coveted Bunker Chests!

Still, we have the Butterfly Jonesy to tend to first. When you approach him, you'll see him float around three objects on the ground, then poof away in between all three of them. You must now approach the objects, and copy the actions they portray. 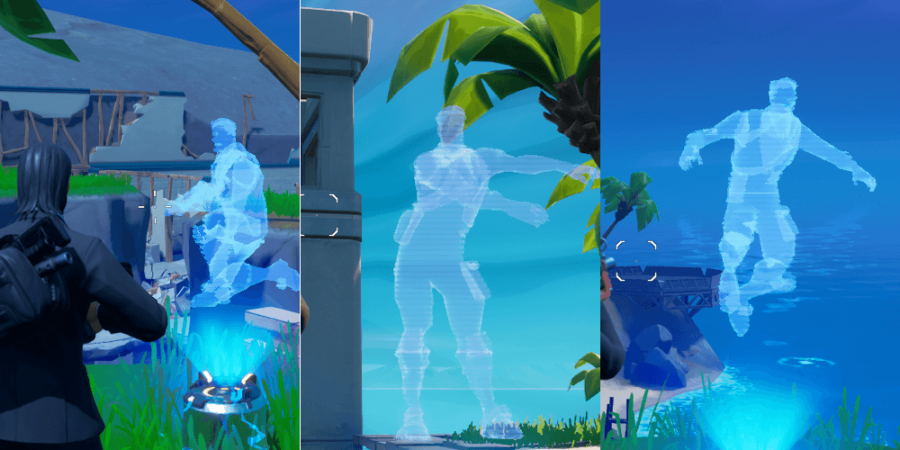 Each of the three holograms displays a different action, and for each one, you need to do the action you see in the hologram. You can see them shown in the image above, but we've also described them in the list below. 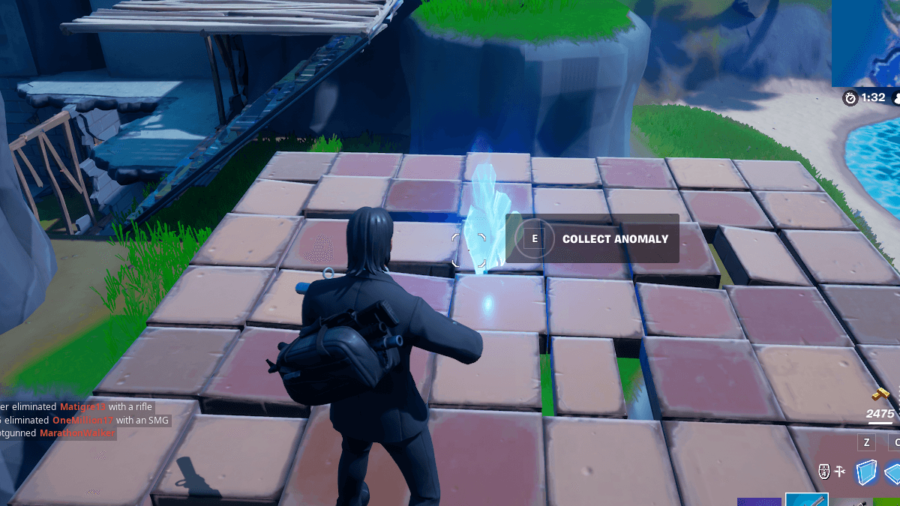 Once you have done all three actions, the anomaly will form in the air between them. Build some structures and approach the anomaly. When prompted, go ahead and collect it and this Epic Quest will be marked as completed. You'll now receive a shiny, new Jonesy skin!

Want the most adorable skin in Season 6? Check out our guide on How to Get the Cluck Skin in Fortnite!

Is Fortnite down? Here’s how to check Server Status

Join the Fortnite Console Champions Cup on May 14

The Fortnite Flare Gun is Back for One Week Only!

Where is Lara Croft in Fortnite?