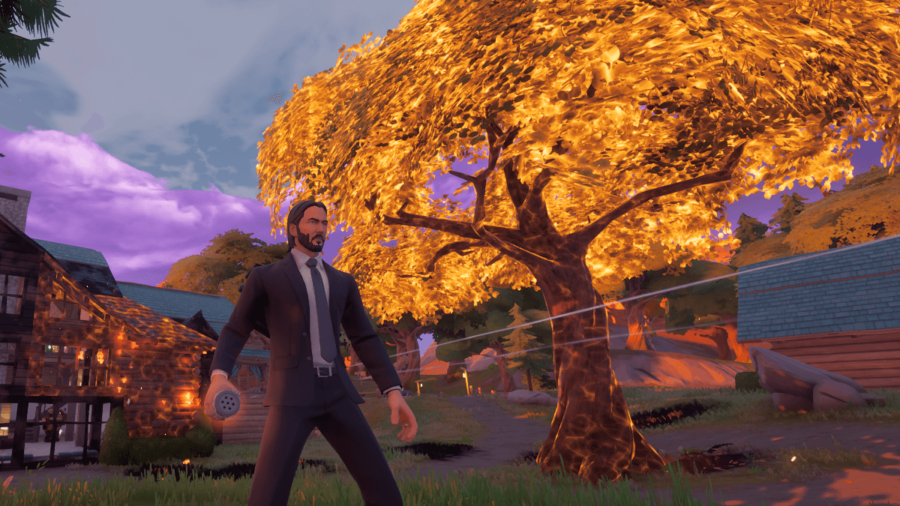 We are entering Week 4 of Fortnite Chapter 2 Season 6 weekly quests. A common theme is returning: setting things on fire!

There are many ways to set things on fire in Fortnite, especially structures. With this quest, you only need to set 10 structures on fire, which is not a laborious task at all. If you use one option below, you might even be able to do it in less than 30 seconds!

NOTE: Fortnite has mention on their official Twitter that this quest might not be tracking properly for some people. It still works for most, but some structures are not being counted when they're set on fire. We will remove this note when they say that the issue is fixed.

Firefly Jars are the easiest way to access fire in Battle Royale. Chances are, regardless of where you drop, you'll see at least one group of them floating around nearby. Still, if you're going this route, we recommend dropping in Weeping Woods. There are plenty of fireflies available there, and plenty of structures to burn down since they're all made of wood.!

To grab a Firefly Jar, simply approach a group of fireflies and press the primary action button to interact with them when the option to Collect pops up. Once you do this, you're ready to use them.

To throw the Firefly Jar and make it explode, first equip it to your inventory slot. Then, hold your secondary fire button and throw it like you would throw any other object. If you hit a structure, it will burst into flames.

This method takes longer to do, but essentially guarantees you'll hit get all 10 structures in one go. Firefly Jars are easy to get, but you can hold far more fire arrows than you can jars. If you throw a Firefly Jar and miss, or it doesn't set 10 structures on fire, you'll have to find another one. With the Primal Flame Bow, you have plenty of ammo to finish the job.

Related: How to Craft Primal weapons

There are plenty of other ways to set fire to structures, such as blowing up Gas Cans or Propane tanks. Unfortunately, though, the Firefly Jars and Primal Flame Bow seem to be the only methods that count toward  your quest.

If you are still struggling, check out this YouTube video below!