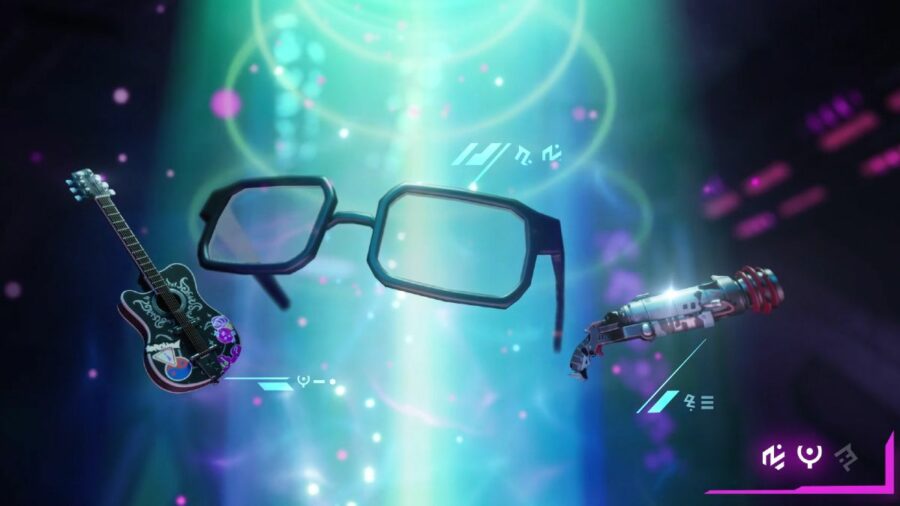 Epic has released another teaser trailer, only a day after their last one that has us questioning if Weapon Charms are coming to Fortnite. On June 6, 2021, they have revealed three more random objects the aliens observing us are investigating. Before we dive in to our Superman theory, here is the Tweet that was posted by the official Fortnite Twitter account.

Fortnite Save the World players will recognize the weapon in the teaser as the Pulsar 9000. This is exciting news for players, as many of us have been anticipating some of the tech weapons in Save the World to make it to Battle Royale. The guitar in the trailer looks like a miniaturized version, which suggests further that we might get weapon charms like we suspected from the last teaser.

However, the most exciting parts are the glasses and the text for the Tweet. The glasses are remarkably similar to the glasses that Superman uses to become unrecognizable as Clark Kent. The verbiage in the Tweet's text suggests that putting the glasses on makes them (the aliens) appear unrecognizable. We're game experts, not math experts, but we're fairly certain that glasses + aliens + unrecognizable = Superman aka Kal-El, the last son of Krypton.

That's all that's been revealed to us so far! We're excited to see what new teaser trailers Fortnite will bring throughout the rest of the week.

Where to Find NPC #18 Beach Brutus in Fortnite