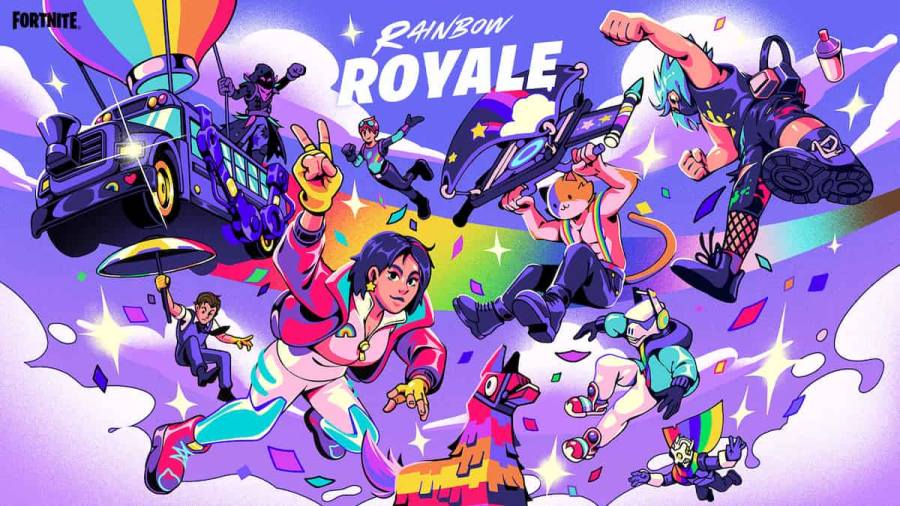 In Fortnite, there are several popular events and game modes, and one of them includes the Rainbow Royale. Epic Games' official blog mentioned that Rainbow Royale would return to Fortnite in September 2022. To support this, Epic Games added a couple of new loading screens and a music track for Rainbow Royale with the latest update in the game files. Popular data miners revealed which cosmetics players can expect to see in the upcoming event. Here's what's revealed so far about Rainbow Royale arriving in Fortnite.

Epic's official blog highlights that players will get to see a few returning free items from the previous Rainbow Royale celebration in Fortnite. If you missed last year's celebration, you can tune in this year to get a ton of free cosmetics. According to popular data miners @Shiina and @XTigerHyperX2, the cosmetics include two Rainbow Royale loading screens. Similarly, a Rainbow Royale Music Pack was also present in the game files.

Related: How to tame Wildlife in a single match in Fortnite

The new outfits like Mazy and Veronica might release at the same time Rainbow Royale arrives in Fortnite. Similarly, Dreamer, a DC superhero skin, was also revealed by the data miners. It's a DC Series outfit and part of the Dreamer set. These were the cosmetics leaked so far, and fans expect to see them with the next update. The skies in Fortnite have changed, and it now has a dancing wave of rainbow lights all around the map. While the exact date for Rainbow Royale's return was not mentioned, players can keep an eye on Fortnite's official Twitter for more updates.

Looking for more Fortnite content? Check out Where to find the hidden Dragon Ball on Dragon Ball Adventure Island in Fortnite on Pro Game Guides