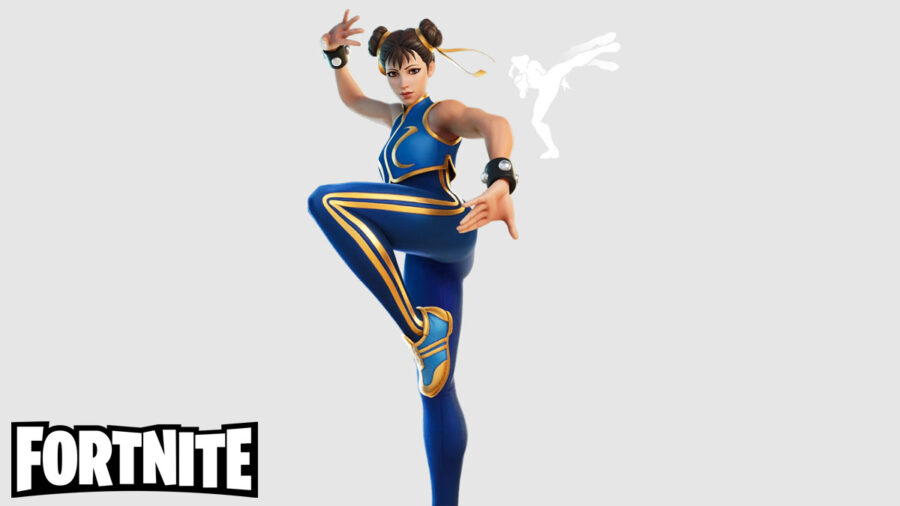 If there's one thing people love about Fortnite is its seeming overabundance of skins dripping with sex appeal. Well, that might be an outright lie, but it was believable, right? What isn't a lie is that Fortnight has a ridiculous number of skins and characters. There's someone for everyone. With that in mind, we put together a list of the absolute sexiest. So grab a snifter of your favorite drink, a silk robe, and let's dive right into it.

Jinx is an unconventional pick but holds a spot near and dear to our hearts nonetheless. Her overall character design, from the long blue braids to her chaotic personality, is captivating and was translated to this skin wonderfully.

Beefcake Jason Momoa lends his likeness to this inspired skin. Arthur Curry appears in full shirtless glory. Is his sexiness enough to make enemies think twice? We'd like to think so.

Cammy has long been a favorite in Street Fighter and for good reason. She's fierce and seductive. Though her Fortnite skin has been altered to be a little more family-friendly, there's no denying that she's still a stunner.

Stranger Things' favorite police chief has issued a warrant for the arrest of our hearts. If being seduced by him is a crime, then we have no choice but to plead guilty.

We're not sure what Demi's deal is. Could she be an elite operative? Is she on a top-secret mission within the world of Fortnite? Or is she simply a very dedicated gamer with a tactical snack pouch strapped to her sultry leg? Either way, we're here for it!

Related: Does Minecraft have Sex Mods?

Did Domino use her mutant powers of good luck to manipulate her way onto this list? Would we even know if she had? This skin captures everything right about one of the most prominent members of X-Force.

Unga bunga! We may have let our primal brains take over when making this list. But there's something so brawny and masculine about D'ugh that we need this caveman on our roster now!

Much like Jinx, Grimoire is an unconventional pick. But there's no denying the allure of this gothic mistress. All that black leather is a classic look, but she takes it to the next level.

The cajun paramour himself landed in Fortnite with his main squeeze, Rogue. This suave and dashing mutant is captured in all his glory with this skin. Now cue that iconic guitar solo!

This seductive detective has uncovered all those subtle clues we were dropping in the form of love notes, flower arrangements, and edible fruit baskets. Now it's time to slap on those cuffs and take us in.

He's a man of focus, commitment, and sheer &$#*ing will. He's also the sexiest hitman out there. After taking out his imposter, Mr. Wick fully landed on the Fortnite scene and claimed our affection.

Simple. Alluring. Dark. We're not complicated people at Pro Game Guides. It doesn't have to be a complex or partnered skin to win us over. Jawbreaker wins us over as an original design and shows how enticing a basic skin can be.

The Dad of War might have a gruff exterior, but that's part of what makes him so appealing. We know he's a big softie that is just waiting to be cracked open. And let's be honest, who doesn't want to be wrapped up in those big burly arms?

This mutant master assassin and world-class psychic has been near the top of everyone's "Sexiest X-Man" list since her debut in the 80s. So it's no surprise that she would appear here when she got her own Fortnite skin.

Related: How to boost into a runaway boulder and dislodge it with a Baller in Fortnite Chapter 3 Season 3

This gladiator is a champion of the arena and our desire. Taking a page out of the Spartacus playbook, this oiled and shaved god of a man is bound to make heads turn. Whether that be from raw sex appeal or one of those maces is up to him.

Her looks and touch can kill, but honestly, it would be so worth it. This southern belle is as sweet as candy and just as tempting with this Fortnite skin.

Raz is channeling some hardcore Prince of Persia energy and we're wishing that the 2008 remake got the sequel it so badly deserved. In the meantime, we can daydream as we gaze longingly into Raz's eyes.

Dark? Check. Beautiful? Check. Deadly? Check. Sorina meets all of our rigorous requirements for having a stunning Fortnite skin.

Ho ho ho! We only want one present this holiday season and it's this beefy Santa! While we should be on the nice list, would it be the worst thing to be on his naughty list?