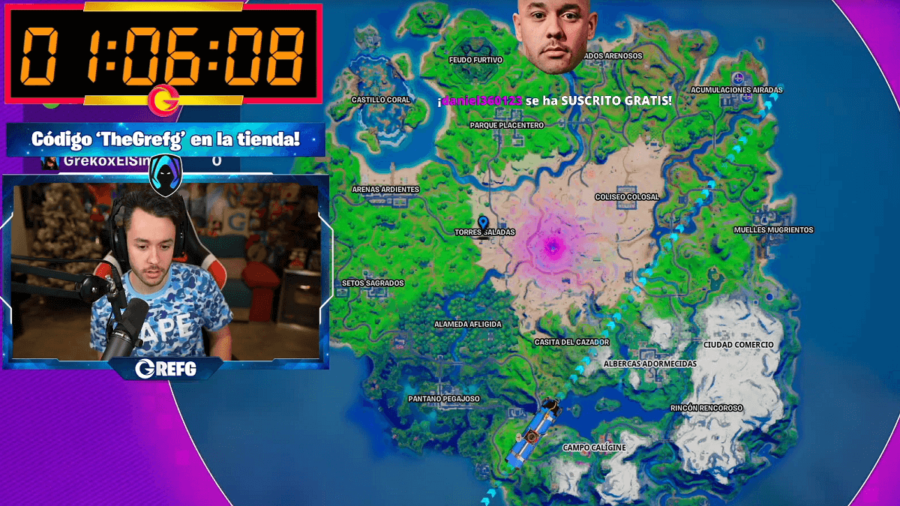 This Fortnite Season we've had a lot of amazing skins from the Marvel Royalty and Warriors back, which includes Black Panther, Captain Marvel, and the Taskmaster. Then for the Fortnite Crew monthly for January, we've had DC's very own Green Arrow.

Now, a new skin is being teased by Thegrefg, but no word from Epic Games regarding it, though with only a few days until the Fortnite January Showcase, we can't really blame them. On Nov 11, at 1pm CT, the Fortnite Thegrefg skin will be revealed. Here's a look at the teaser!

Official presentation of my Fortnite Skin live. Monday, Jan 11 at 20:00 (CEST). I share you with great emotion, THE FIRST TEASER.

For those of you who are unsure of who Thegrefg is, he's a 23-year-old Spanish gamer and vlogger called David Cánovas. His Youtube channel has a whopping 15 million subscribers, and he also holds the Twitch record for most concurrent views at 660,000!

His skin will be part of the Icon Series, which started last year when of course, the Ninja skin was added to the game, Fortnite's most popular content creator. After Ninja, tons of other content creators have been idolized in Fortnite, with either skins or dances, such a Lachlan, Pokimane, and DJ Marshmellow.

Fans of Thegrefg do not have long to wait before the official reveal happens!