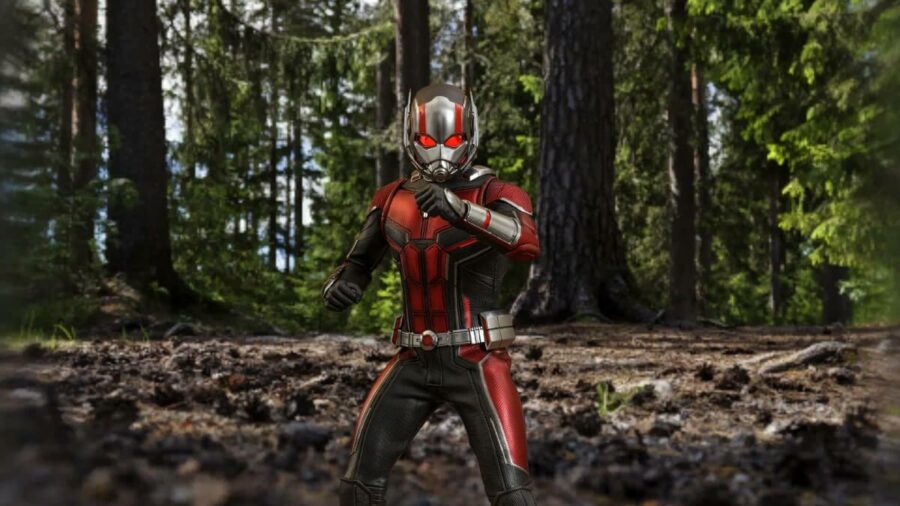 The leaks were correct! Ant-Man is currently available as a Fortnite skin and is accessible in the Item Shop. Check out our listing of him here: Ant-Man Fortnite Outfit. You can also check his accessories such as the Ant-onio Back Bling and the Toothpick Harvesting Tool.

Marvel completely dominated Season 4 of Fortnite and has up until now been absent from the roster of new outfits in the Item Shop. We all thought this would be the Season of DC Comics since we've already seen The Flash and have Batman skins soon to be released. It turns out Marvel might have had one final trick up their sleeve: Ant-Man! As usual (re: Endgame), if it is Ant-Man, he showed up late to the party.

Ant-Man is (Probably) Coming to Fortnite

Some of the most popular characters across all cinematic universes graced us with their presence this Season, as well as plenty of professional Fortnite streamers. The last official Hunter to be revealed for Chapter 2 Season 5 will likely be everyone's favorite wise-cracking, smart-alec, Ant-Man.

The last remaining portal has been revealed, and it depicts an image of a forest very low to the ground (you know, where ants live). This, along with several speculative-but-suggestive details, helps solidify the belief that Ant-Man is our next hero. Although we understand Ant-Man has been all but confirmed, for the sake of our integrity we're leaving it at a 99.999 percent chance that it's Ant-Man until we officially have the proof.

The almost-proof is in the Tweets, friends. Check out these leaks from the well-known and often reliable Fortnite leaker, ShiinaBR.

The next hunter will be Ant-Man!

Besides confirmation with images of his outfit, we're only waiting on one thing to prove Ant-Man is coming: The Audio Logs. We're expecting them to be released today, March 6. Still, it could,  be released at any point, in all likelihood, before Chapter 2 Season 5 ends. Once we have further updates, we'll include them here. Be sure to check back soon.

Did you know we have the full list of skins released for Chapter 2 Season 5? Check out the list here!