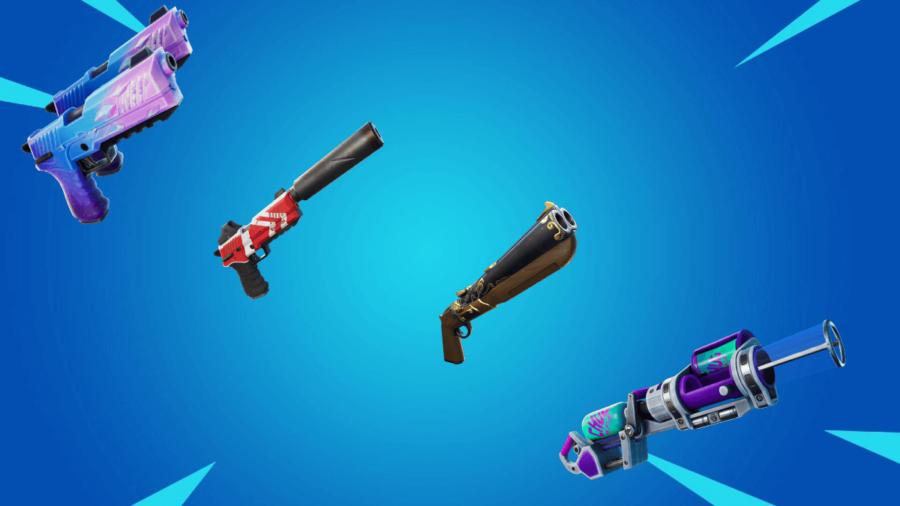 When we changed over from Season 5 to Season 6 in Fortnite Chapter 2, we lost many of the Exotic weapons that were purchasable from NPCs throughout the map. However, there are still four of them up for grabs. The process is the same, but the locations and NPCs are different!

What is most interesting about the four Exotic weapons currently on the map is that three are bunched together across the southwestern section. This allows for an easy collection of them in a single match! We also think it's no coincidence that the three weapons close together are the most beneficial weapons for an entire squad rather than a solo player. 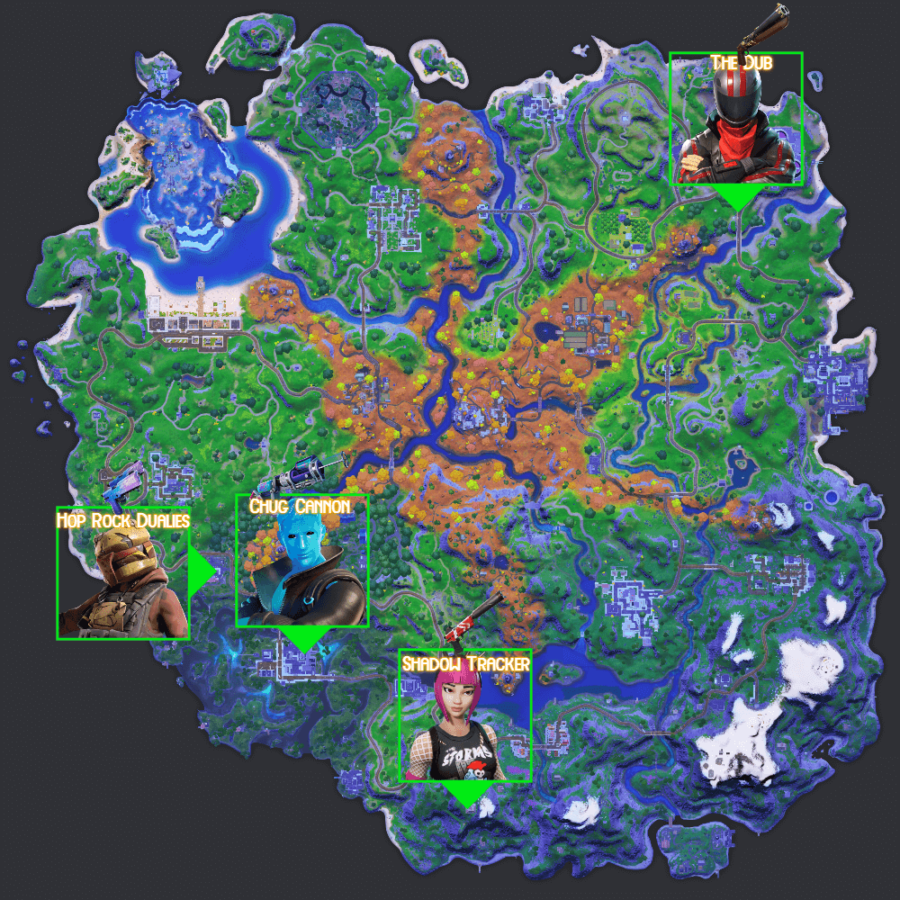 As you can see, a team of three could easily collect the bottom three Exotics in a match and meet up nearby (hint hint), but that's not important right now. Yes, yes. We promised you the exact locations, didn't we? We have listed them below, along with a description of how to reach each one.

Since the Season just started, we fully expect this list to change at some point. More Exotics will likely be added or at the very least switched out. Be sure to check back regularly!

There is a new set of Mythic Weapons in Season 6 as well! Check out our guide on All Mythic Weapon Locations in Fortnite Season 6!