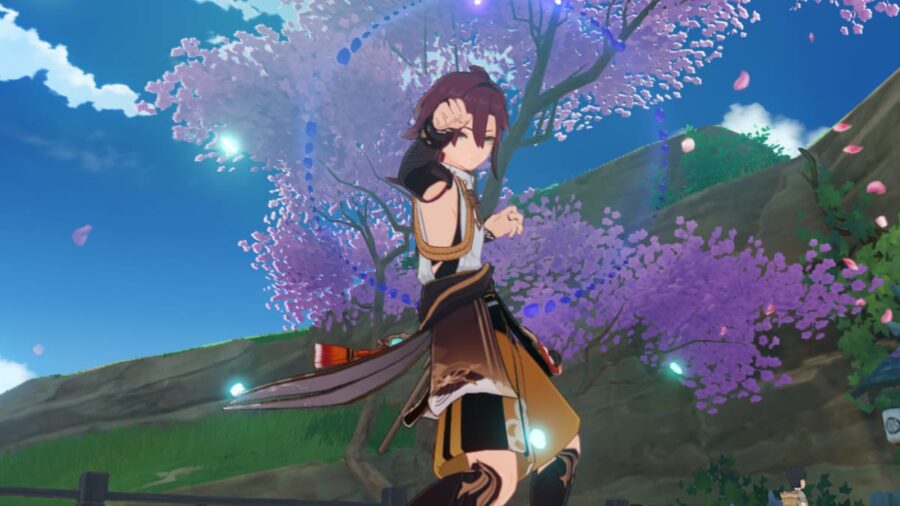 Shikanoin Heizou is a four-star Anemo catalyst user whose unique fighting style involves dishing damage using his fists instead of hovering a catalyst around. Even so, Heizou needs to have an appropriate catalyst equipped to maximize his raw damage output, while also triggering impressive Swirl-based damage.

There are two ways to build Heizou: as a main DPS focusing on Attack and Elemental Damage, or as a sub-DPS or support focusing on Elemental Mastery. However, there are overlaps between these two builds, and you can make up for the lacking stats with Artifacts. So, consider all four-star weapon options presented in this guide, especially if you're new or a free-to-player.

Related: Shikanoin Heizou’s Special Dish Recipe and how to cook it in Genshin Impact

Best four-star catalysts for a DPS Heizou in Genshin Impact

A weapon suitable for a DPS Heizou build needs to have sufficient Attack, Crit Rate or Damage, and can boost Anemo or Elemental Skill Damage. A lot of catalysts meet these requirements, but a lot of catalyst users also require the same things. Luckily, there are plenty of alternatives, so you don't have to pry a weapon off another character to give to Heizou.

The Solar Pearl is an ideal weapon due to its Crit Rate substat. Its passive increases Normal and Charged Attack Damage from making Elemental Skill and Burst hits and vice versa every six seconds, allowing Heizou to maintain a huge Damage buff nearly 100 percent of the time. While the Solar Pearl is extremely reliable, it can only be obtained with the Battle Pass, so it's completely unattainable for free-to-players.

The Widsith is an RNG-based weapon that grants a random buff once every 30 seconds. Most catalyst users can only benefit from two out of three buffs—but Heizou is unique as he can use all three buffs, which grant an Attack bonus, Elemental Damage bonus, or an Elemental Mastery bonus! Additionally, The Widsith grants a Crit Damage substat (55.1 percent at level 90), making it easier to roll Artifact stats.

This means you need to be a little mindful of your combos to take advantage of the Damage bonuses. A downside to this catalyst is its substat—it grants Attack percent, so you need to roll really good Artifact stats to build enough Crit Rate and Damage.

Best four-star catalysts for an EM Heizou in Genshin Impact

Heizou requires Elemental Mastery (EM) as Swirl Damage scales off this stat. Not many catalyst users have a high EM reliance (with the main competition being Sucrose), so you might have more of these options lying around. Keep in mind that even if you choose an EM weapon for Heizou, you can still build him to be DPS-focused—with the help of prayers to the Anemo Archon to bless your Artifact RNG.

Sacrificial Fragments is a four-star weapon with a slightly low base Attack (454 at level 90 versus 510 for DPS options), but grants a high Elemental Mastery substat (221 at level 90). Its passive has a high percent chance of resetting Elemental Skill cooldown, allowing Heizou to spam the Heartstopper Strike.

The Mappa Mare is the opposite of the Sacrifical Fragments—it has a high base Attack (565 at level 90) but a lower EM substat (110 at level 90). Its passive relies on triggering Elemental Reactions to get an Elemental Damage bonus, which is easy to fulfill with Heizou, as Swirl is always a trigger Element.

Can Heizou use Energy Recharge weapons in Genshin Impact?

Since Shikanoin Heizou's Elemental Burst only costs 40 Energy, it's not recommended to rely on catalysts with an Energy Recharge substat. However, if you don't have any of the above options, some decent Energy Recharge weapons include the Oathsworn Eye and Favonius Codex.

Check out our guide on How to get all endings and Achievements in Shikanoin Heizou’s Hangout Event in Genshin Impact – Trap ‘Em by Storm guide to hang out with Inazuma's best detective.