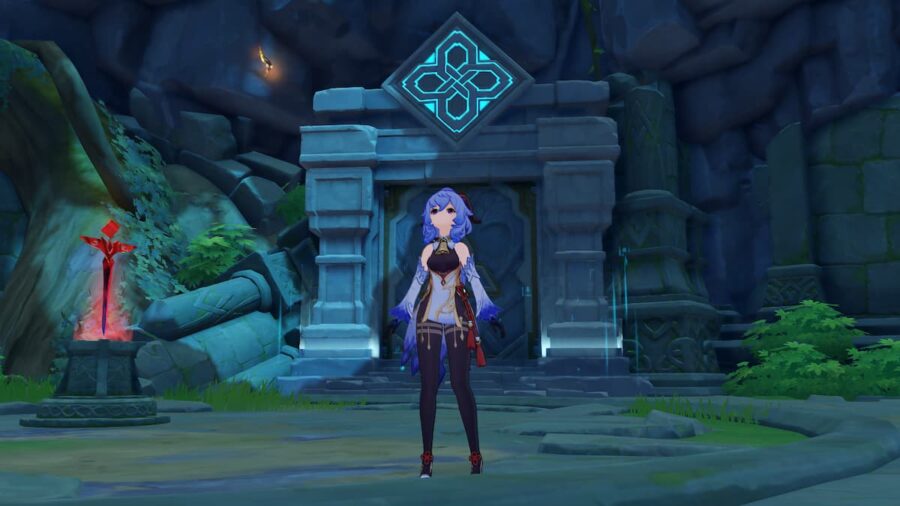 Genshin Impact is a game that has released tons of beloved characters. Out of these, some truly strong DPS characters, including some that use a bow. Ganyu is constantly referred to as one of the strongest characters in the game, especially when she is built correctly.

Ganyu is a five-star cryo bow-user who can be used in a DPS or support role. Her charged shots are her primary source of DPS and, at level two, will create a secondary AoE shot that deals wild damage. If you want to try her as a support, her Elemental Burst is extremely effective at setting up elemental reactions like Melt and Freeze due to its low internal cooldown applying Cryo to enemies rapidly. Because of this adaptability, Ganyu can be used in various team builds.

Related: All Fishing Spot Locations in Liyue in Genshin Impact

After a year and a half since her release, her best-in-slot weapon is now the newly released Hunter's Path. That weapon can only be obtained from the weapon banner, though, and it doesn't really match her esthetically. The weapon designed for Ganyu, Amos' Bow, can be obtained passively via the standard banner. If you did wind up with an Amos' Bow on your account this way, pulling for Ganyu so she can use it properly would be a wise choice.

If you don't have a five-star bow for her, Prototype Crescent or Hamayumi are good, four-star budget options that you can craft with billets.

Because of her versatility, Ganyu can use many four-piece artifact sets. If you're building her to do damage, consider using the Gilded Dreams or Wanderer's Troupe artifact sets. If you want to use her as an Elemental Burst support unit, try Noblesse Oblige or Blizzard Strayer. Both builds benefit from Ganyu's high CRIT rate and CRIT damage, Attack, and Elemental Mastery. If you're going the Elemental Burst support route, you might consider trying to give her more Energy Recharge to increase her Burst's uptime.

Elemental Skill: Trail of the Qilin

Related: Amos’ Bow: How to get, Ascension, stats, and who can use it in Genshin Impact

What you will need to ascend Ganyu in Genshin Impact

Most of the materials Ganyu requires are easy to obtain in the early game because she is a character from Liyue. If you need help finding the materials, check out our farming guide.

If you are building Ganyu to be the main DPS in a team, surround her with Anemo support units like Venti or Sucrose or Hydro and Pyro support units like Kokomi or Bennet. In a support role, Ganyu can boost a frozen team with Ayaka or Ayato. She can also set up Melt reactions for Pyro DPS characters such as Diluc or Yoimiya.