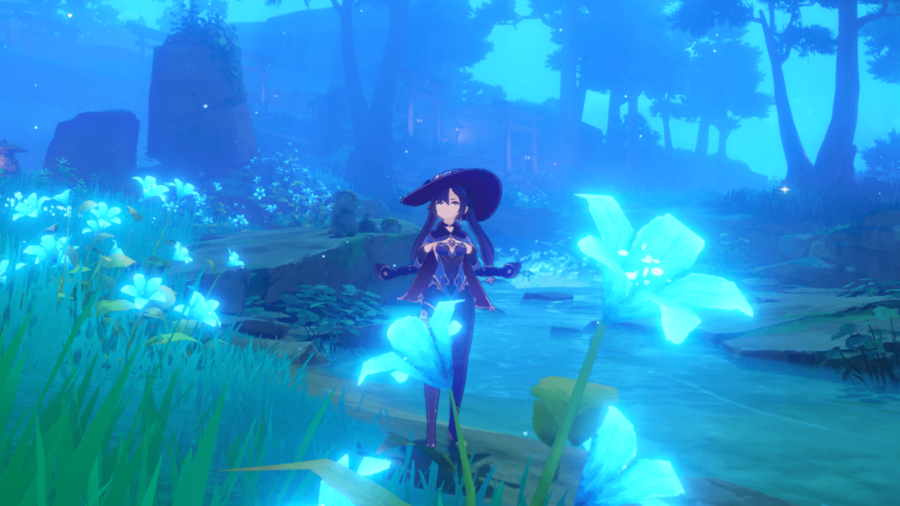 To enter the cavern housing the barrier, you'll need the Rust-Worn Key that can be obtained from inside the well in the Konda Village Chief's yard. If you explored carefully during this earlier quest, you should already have the Rust-Worn Key in your inventory.

The barrier is on the ground level beneath the abandoned shrine, so drop down to the pond (and watch out for enemies).

The Rust-Worn Key will grant you access into the locked cavern, in which you'll be presented with a puzzle that looks just like the first one in the Konda Village well. Unlike that puzzle, however, which progressed from numbers 1-5, this barrier puzzle only uses 1-3.

After putting these objects in the correct sequence, return to the starter point and Pray. This will trigger a tough battle with another phantom warrior. Afterwards, shrine maiden Kazari will make another appearance and finally give some answers (along with even more questions, of course).