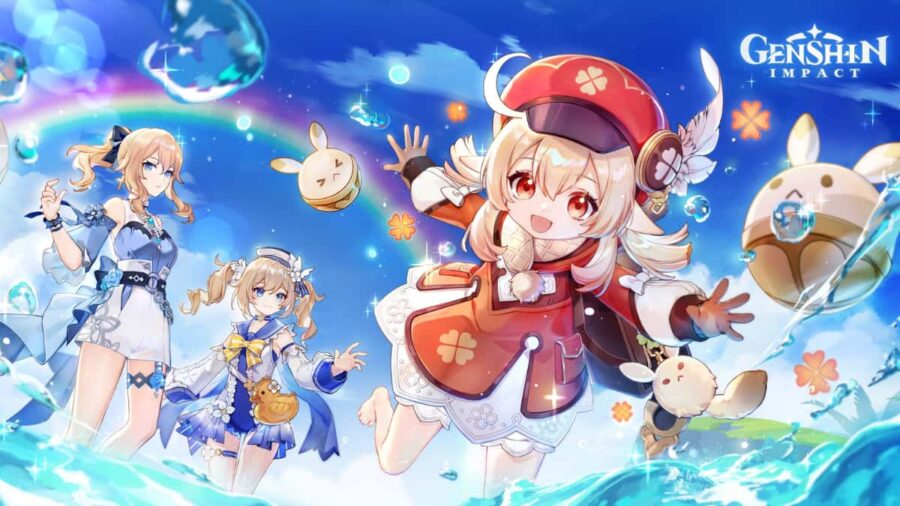 Genshin Impact's development team continues to expand Teyvat with new areas, characters, and exciting events and stories, one update at a time. While Version 2.7 is just about to come, there's a lot to be excited about in the upcoming Version 2.8 update, which will fall around the summertime!

HoYoverse confirmed that Genshin Impact's Version 2.8 update is scheduled for July 13, 2022. Reference the roadmap below for when to expect the upcoming updates. But keep in mind that Version 2.8's end date and beyond is purely guesswork based on the game's six-week update period.

HoYoverse officially confirmed the upcoming character Shikanoin Heizou, who will be a four-star Anemo catalyst user with a unique martial arts-inspired playstyle. Relying on his fists over his weapon, Heizou will bring a fresh combat style that can be applied to DPS and Support roles. Reference our guide on Heizou's Skills, Talents, Ascension materials, and more to prepare for the Tenryou Commission's best detective's release.

Based on early leaks, the following characters may appear in the Version 2.8 featured banners. Keep in mind that the information is subject to change at any time.

See below for the new weapon that's expected to drop in Version 2.8. Do note that it hasn't been confirmed, so don't take the information as final.

This is a Sword

Leakers have discovered that Kaedehara Kazuha will finally get his first Story Quest in Version 2.8, the Acer Palmatum Chapter: Act I. It will likely be connected to the free four-star weapon above.

It's presumed that the Story Quest will be available as soon as the update goes live, as it may be a prerequisite to the Golden Apple Archipelago event. While there's no certainty to this rumor, it may be a good idea to play through Inazuma Archon and Story Quests in preparation for Kazuha's. Additionally, Shikanoin Heizou's Hangout event is also expected to make a debut in Version 2.8.

The Golden Apple Archipelago is leaked to make a rerun in Version 2.8. Alice may have done a bit of remodeling this time, as a castle-like structure emerged in the Twinning Isle! The fairytale-themed event may feature the characters Fischl, Oz, Kaedehara Kazuha, Xinyan, Yun Jin, Mona, Venti, Xiangling, and a mysterious character named Nahida. Other leaks suggest Nahida's possible identity.

Players also spotted buildings based on Monstadt's architecture in the Golden Apple Archipelago, but leakers have not revealed anything about their significance to the event story.

This is rumored to be a co-op event that involves completing challenges in the Golden Apple Archipelago. The challenges include:

During these challenges, players may need to face extra challenges, such as collecting coins and defeating enemies.

This event is expected to take place in the Golden Apple Archipelago and be similar to the Echoing Tales from the Archipelago's first run. Players may need to collect Iridescent Floatsam to exchange for rewards. The leaked item description suggests that it can be collected from Phantom Realm challenges.

A character named Félix Yogue, possibly from Fontaine, needs the Traveler's help to restore an Evermotion Mechanical Painting. The event is leaked to be a jigsaw puzzle that involves six gears, where players need to carefully place gears in the correct positions to allow the rest of the parts to move.

This event is leaked to take place in the Dawn Winery, where players will encounter a series of dungeon battles. The event story will focus on Diluc, who may also get a five-star skin thematically connected to the event. The skin may feature new skill effects, according to leaked footage.

Since five-star skins are historically not given out for free, interested players may need to collect 1,350 Genesis Crystals to get the skin at a discounted rate during the event period.

While waiting for Version 2.8, don't forget to play through the currently-running event. Check out our Genshin Impact Perilous Trail Realms of Guile and War event guide to help you out.

Genshin Impact 2.8 – Leaks, reruns, events, new area, and everything we know so far