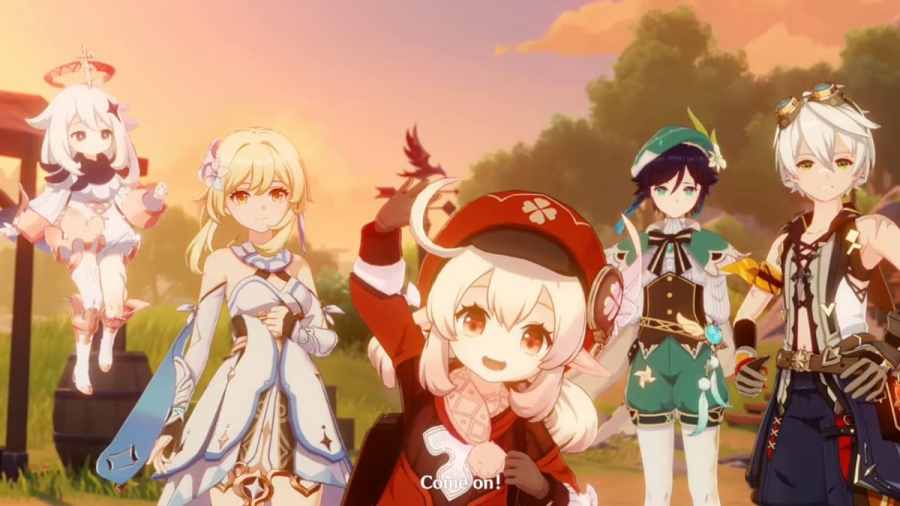 Of Ballads and Brews: Act III - Aroma of the Past is a Genshin Impact Event Quest centered around the celebrations surrounding the Weinlesefest and the journey to help Razor learn about his missing parents. The event runs from September 29, 2022, to October 17, 2022, while you can exchange Festive Fever rewards until October 24, 2022.

During the event, you can complete Festive Anecdotes, limited-time Event Quests that reward you with Primogems, Festive Fever, and other useful resources. Make sure to complete them within the event period, as you can't play through them anymore after.

You first need to unlock the Of Ballads and Brews event by meeting the following prerequisites:

Once they're done, you'll unlock the event and must complete the following Festive Anecdotes to subsequently unlock Aroma of the Past:

Upon starting the quest from the Festive Anecdotes menu, fast forward the in-game time by two days (two rotations). Once that's done, head to the Knights of Favonius Headquarters to meet Noelle, Sucrose, and Razor. After speaking with them, teleport to Springvale to meet even more friends—and together, you'll convince Diona to mix Razor's wine for you.

Next, you need to head to the giant tree in Windrise, where you'll meet Venti and bury the wine to ferment. Then fast forward the in-game time by one day, anytime between 10:00 to 14:00. Once that's done, return to Springvale to enjoy the Weinlesefest with friends to complete the Event Quest. After this, you can meet and interact with various playable Monstadt characters all over the nation.

Additionally, you can rewatch the heartwarming cutscene at the end of the quest called The Wind Returns for the Fairbrew on Genshin Impact's official YouTube channel below.

Check out our Genshin Impact Charity and Creativity Charity Alliance guide – Of Ballads and Brews event to claim amazing rewards.