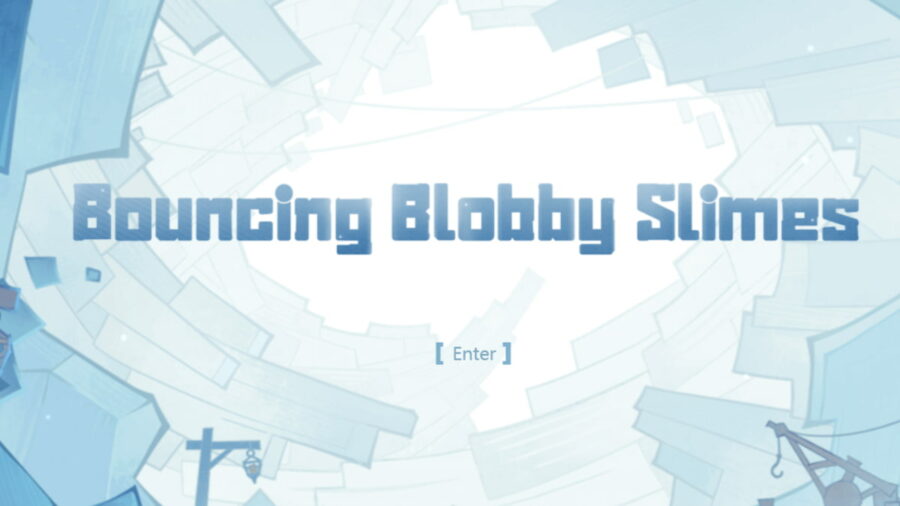 Genshin Impact's Bouncing Blobby Slimes web event is a Slime bouncing mini-game that can be played from July 4, 2022, to July 10, 2022. All players Adventure Rank 10 and above are eligible to participate and get amazing rewards, including 120 Primogems. You need to play through the event for a few days to get all the rewards, so don't start too late!

Start by heading to the official web event page. Make sure that you're logged into your HoYoverse account, which is also your Genshin Impact account. Select the correct server and character as rewards are distributed via in-game mail.

Click the Start button on the web event page to initiate the mini-game. There are eight challenge rounds with varying mechanics, but they can only be unlocked in order. On your first playthrough of each round, you'll be required to use the trial Slime, which has abilities that can counter mechanics in its corresponding stage. But repeating a challenge allows you to use your preferred Slime.

The mini-game is easy to play! Your goal is to help the Slime jump across platforms until it reaches the end of the map. To bounce a slime, click and hold the left mouse button (or tap and hold the screen for mobile) anywhere on the screen and release once the arrow points to the center of the next platform. The Slime will jump to the target spot. The closer it lands on the center, the higher your score will be.

Some stages may have additional mechanics, such as moving platforms, that can make it a little harder to aim. We recommend aiming as close to the center as possible to avoid accidentally going too far off the edges, which can cause the poor Slime to fall. If the Slime falls, the game will fail—but you can revive it once to continue where you last left off.

Related: How to exchange and trade toy vouchers in the Genshin Impact Core of the Apparatus event

Click on the button above the gift box located on the left side of the web event page to access the Stamina menu. Each round of the mini-game costs around 30 Stamina, so you need to replenish your supply by completing both in-game and web tasks. The in-game tasks automatically sync with the web event, so you can play Genshin Impact in the background and claim web event Stamina as soon as the tasks are done. There may be a few minutes delay, but you don't have to exit the web event and game for them to sync.

Access the Blob Store to claim rewards by clicking on the golden gift box on the bottom left of the web event page. You need to exchange Blob Coins, which can be collected from the mini-game, to exchange for rewards. The rewards are tiered across five sets that increasingly become more expensive.

Click the Exchange Now button to trade your Coins for the next reward in line. You will receive rewards in the exact order they're presented: Primogems, the next item (varies per set), then Mora. There's no way to prioritize getting the Primogems, as the next set only unlocks after the previous set has been fully claimed.

You need to earn approximately 2,110 Blob Coins to exchange for all items in the Blob Shop. Since you can get a maximum of 400 Blob Coins per round of the mini-game (assuming you get a perfect score), you need to play a minimum of six times.

Check out our guide on How to make toy vouchers in the Genshin Impact Core of the Apparatus event to participate in another event running in conjunction with Bouncing Blobby Slimes.