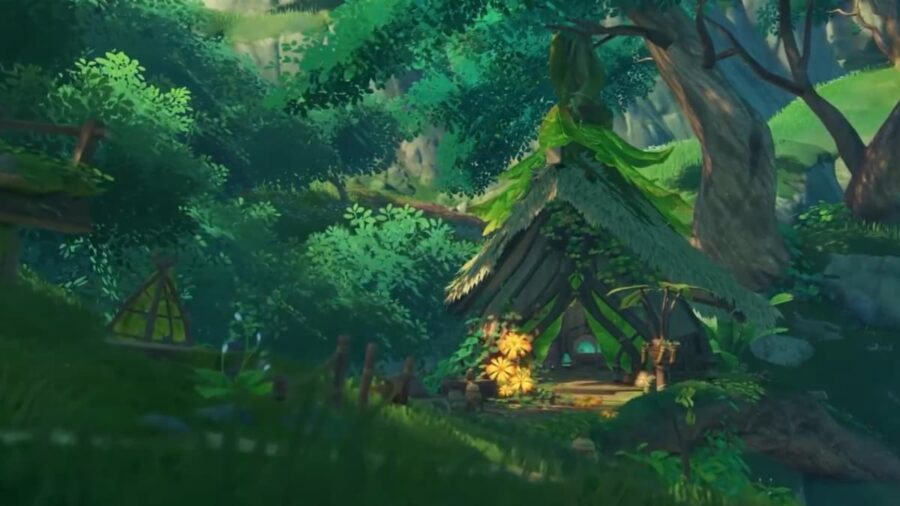 Amid the flurry of leaks about the upcoming nation, Sumeru, the Genshin Impact team took to their Version 2.8 Livestream to include a special snippet of the long-awaited region. The clip, which can be viewed on @Genshin_7 (the official Japanese Twitter account), features a preview of some of the beautiful sights that await players in Sumeru—from rain forests to wildflowers, architecture, and the region's unique Statue of The Seven. Additionally, the clip is accompanied by an iconic tune reminiscent of the Teyvat Chapter Storyline Preview, which showcased a small teaser of Sumeru's story.

While Monstadt, Liyue, and Inazuma are inspired by real-life countries Germany, China, and Japan, respectively, Sumeru seems to be motivated by a mix of various cultures. It's believed that the nation of wisdom draws from Middle Eastern and South Asian cultures, merging rain forest and desert topography, as well as names from historical facets from various continents.

Another treat from the Genshin Impact Livestream came in the form of a young girl's voice that played on a blank screen. The mysterious voice is believed to be owned by the Dendro Archon, Lesser Lord Kusanali, who was rumored to make a cameo in Version 2.8—albeit without a physical model. Based on the circumstances of her voice line, she and the Traveler may get to know each other through some form of telepathic communication.

Her voice appeared in the English, Chinese, and Korean Livestreams, compiled by YouTuber Xafrel below. If you missed the Genshin Impact Version 2.8 Livestream, you can watch the full program in their official YouTube channel.

Check out our compilation of Everything we know about Genshin Impact’s upcoming Sumeru characters based on leaks – Scaramouche, Kusanali, Tighnari, and more to know who we may meet in the nation of wisdom.