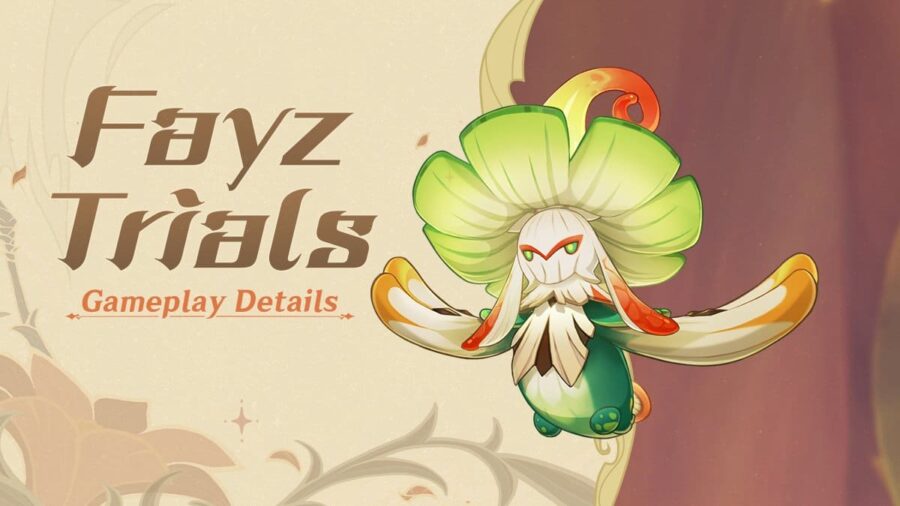 Fayz Trials is a Genshin Impact event that runs from Sept. 8, 2022, to Sept. 26, 2022. In this event, you meet yet another troubled Akademiya researcher named Jami, whose overenthusiastic thesis proposal skyrocketed the institution's expectations of his work. He needs someone powerful to test out his invention—and the Traveler happens to be kind enough to help.

How to unlock the Fayz Trials event in Genshin Impact

To unlock this event, you must first meet the following prerequisites:

While not an official eligibility requirement, keep in mind that you need to have access to Port Ormos and Gandha Hill in Sumeru, as these are key event locations. Once you meet the above prerequisites, you'll automatically receive the Event Quest called Thesis Proposal: He Shall not Pass, which will introduce you to Jami in Port Ormos.

After completing the first Event Quest called Thesis Proposal: He Shall not Pass, the Fayz Trial Facility will appear in the World Map, with a special icon that looks like a potion. You can use it to teleport to Jami's location. Beside him is a blue door that you can interact with to play through seven stages that unlock throughout the event period.

Each stage consists of four Trial Characters with preset stats, weapons, Artifacts, and Constellations. You can only use the provided team to enter the Domain. Once you're ready, choose a stage you want to play and click Start to initiate the stage.

As you're battling enemies, you will eventually fill up a gauge for Fayz Potion, which the arrow is pointing to in the image above. Activate it with the corresponding controls on the screen (click for mobile, T for PC) to initiate the Time Dilation mode.

You can stack three Fayz Potions at a time, but there is no limit to how many you can use per stage. It's highly recommended to use it from a distance so that you can capture as many weaknesses as possible. In the image above, the character is too close to the enemies, so the Potion was only able to capture a few weaknesses versus the previous image, where more weaknesses are within the frame.

Head to the event menu and select Fayz Trials. Click on Event Details to see an overview of all the stages you have completed and have yet to start playing through. Select a stage to claim rewards for meeting the following goals:

Check out our Genshin Impact Lost Riches event guide to play through another event running in conjunction with Fayz Trials.