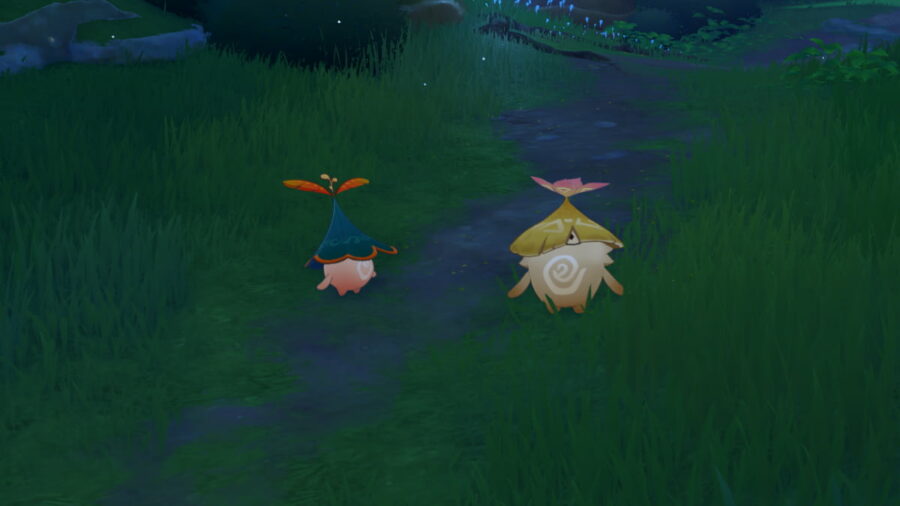 Garden Fairies is a mini World Quest that you can accept from an Aranara named Aralila during the Festival Utsava. It's a requirement for completing the Festival, so don't skip it if you're following the Aranyaka questline.

Garden Fairies can only be unlocked while you're working on the Festival Utsava World Quest. During the first part of the Festival, you must speak with various Aranara to obtain their Flowers. Head to the area circled in the image below to find Aralila and accept the quest.

Garden Fairies involves a game of hide-and-seek. Aralila and Aranishat compete to see who's better at hiding based on how long it takes you to find them.

Head to the quest area by referencing the highlighted part of the mini-map. Climb the big landform in the middle to find Aralila hiding behind the rock circled in the image above. After finding her, you'll be prompted to find Aranishat next.

Head to the quest area by referencing the highlighted part of the mini-map. You'll find a line of breakable boxes. It doesn't matter how many boxes you hit. There isn't a limit to how many you can break, but you can find Aranishat by breaking the box circled in the image above using any attack. After speaking with the two Aranara, this World Quest will complete.