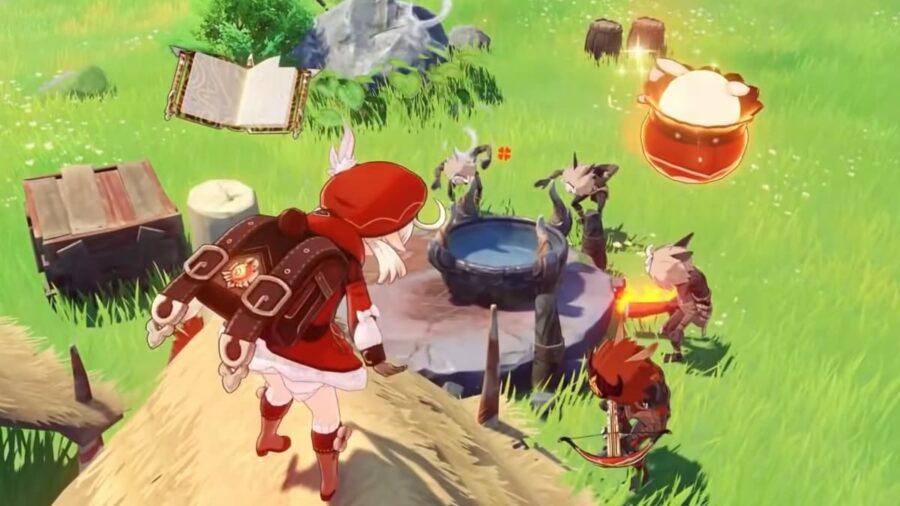 Genshin Impact wowed fans in the first year as its summer event included a whole area that was themed around Klee, introduced the Waverider, and revealed juicy details about her mom, Alex, at the end. Version 2.8 is the second year's summer update, and it's bringing back the heat. Not only do we have Heizou, the Inazuma detective, confirmed, but it looks like we are going back to the Golden Apple Archipelago.

To start things off, a video of Heizou in an area that looks very familiar to the Golden Apple has been uploaded on R/Genshin_Impact_Leaks where a user named limee_soda. The video confirms that Heizou is a catalyst user and, like Yae, doesn't actually use his weapon, instead he attacks with Anemo-fueled martial arts.

In the background of the video is an unknown location that looks similar to 2021's Golden Apple Archipelago. Leakers like Genshin Intel on Twitter further back up the rerun of the area.

As you can see, the leak also points to Fischl and Diluc costumes being released alongside the event, much like sisters Jean and Barbara received last year. There is also an upcoming event for Kazuha, meaning a possible rerun banner, and Fischl will finally receive her Hang Out event.

You also may receive a free Fischl in 2.8, and there are two other never before scene events mentioned in the post above.

For more on Genshin Impact, check out How to make Fragrant Seasonings and Dishes in the Genshin Impact Spices from the West event on Pro Game Guides!