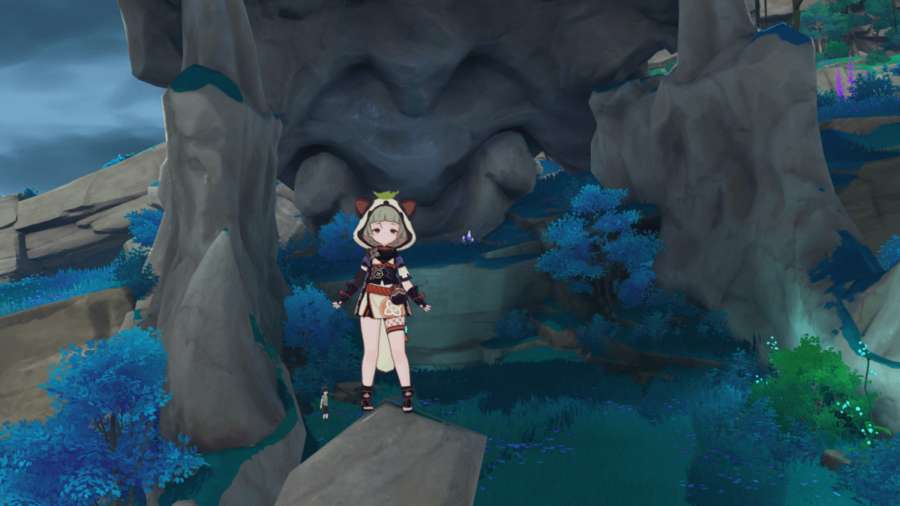 After stopping the lightning storms in Fort Fujitou, Kaji will send you to search for the next ward at Serpent's Head on Yashiori Island. Just like before, you'll need to locate a Rock Pillar Pearl and a Rock Pillar Warding Stone to bring back to the ward.

If you've already completed the Genshin Impact world quest The Gourmet Supremos: The Deep Divers, you should already have the Rock Pillar Warding Stone in your inventory. If not, check out our guide on how to find it.

To find the Rock Pillar Pearl, face the ward and then go to the right, following the purple lights that appear when using your Elemental Vision. These lights will lead you to another puzzle with a Sacred Stone Mound and multiple Thunderbearer Mirrors.

Start at the Sacred Stone Mound (#1), the only device shaped like a crescent moon. It's located directly before the Serpent's mouth. Adjust its orientation once.

Glide to device #2 and adjust its orientation once.

Directly underneath #2 is device #3. Drop down to #3 and adjust its orientation once.

Head northwest on your map and climb up the cliff. Ignore this first device. Climb up further and adjust device #4's elevation once (aim it downwards at Device #5).

From here, glide northeast to the other side of the lake. Device #5 is closest to the ground; adjust its orientation once.

Attack the Sacred Stone Mound (#1) to activate the devices and lift the barrier dome. Now you can collect the Rock Pillar Pearl from the center of the lake.