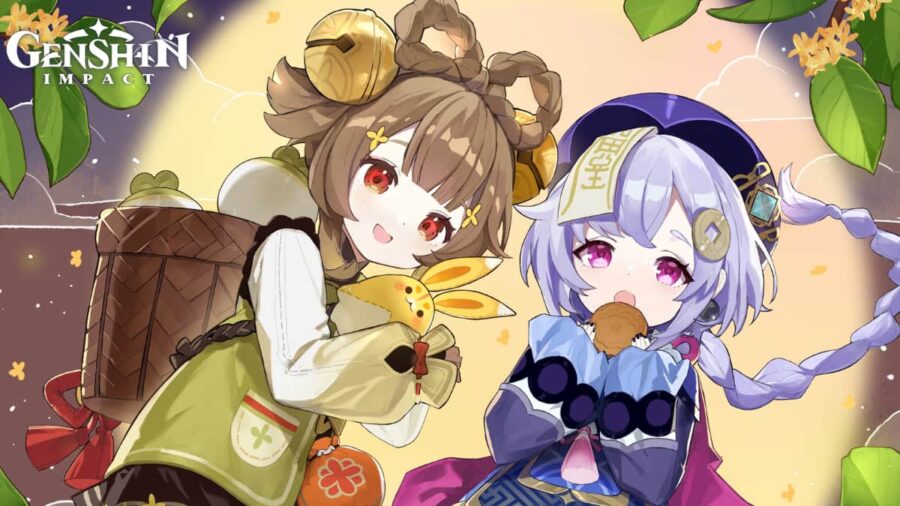 HoYoverse released official artwork to celebrate the Mid-Autumn Festival, an important Chinse holiday where families gather together to play dice games and eat mooncakes. To players' surprise, the subject of the illustration includes Qiqi and the mysterious Yaoyao, who has appeared in Liyue characters' voice lines but has yet to make an in-game appearance.

Yaoyao is one of the game's most-anticipated characters whose design was first revealed in an illustration posted by the official Japanese Genshin Impact Twitter account in October 2020. Various rumors about her have spread over the years—the most convincing being her affinity with the Dendro Element. Some players believed that she would be the first Dendro character. Others believed that she would lead players into The Chasm. But all those rumors never came to be, and Yaoyao was left at the back of players' minds until the Dendro Element was finally released alongside the Sumeru update.

The official artwork of Qiqi and Yaoyao features the two enjoying snacks, inviting the Traveler to join them. This surprise reveal has left players wondering if Yaoyao will finally be released sometime in the future. While HoYoverse has not made any official announcements surrounding this character, leakers were quick to jump in on the hype.

According to @SaveYourPrimos, Yaoyao could possibly be released in the future, but not before the Version 3.4 update. This means that there are over five months before her earliest possible release date if the leak were to be trusted. For now, Yaoyao fans can enjoy the adorable artwork of her and Qiqi.

Learn more about Yaoyao by checking out our guide on Genshin Impact Yaoyao – Release Date, Element, Weapon, and more! (based on leaks).