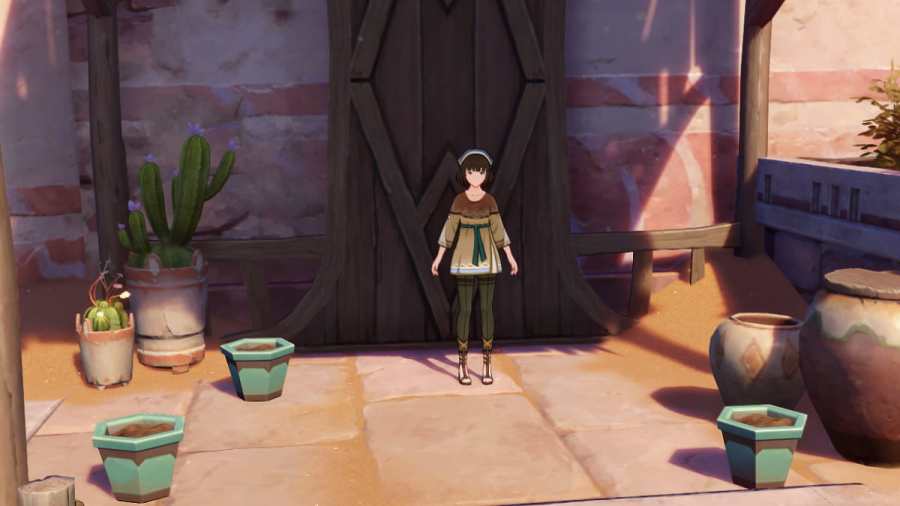 The Exile is a Genshin Impact World questline that consists of two quests time-gated between two real-time days. It can be accepted in Aaru Village without any particular prerequisites. Completing this questline will unlock another time-gated quest chain called A Gifted Rose, detailing the efforts to make Golden Roses bloom in the desert.

How to complete The Exile: Sprouting Sumeru World Quest in Genshin Impact

Head to Aaru Village and approach the area circled in the image below, where you'll find an NPC named Sabbah. Doing so will automatically prompt a scene of a child named Ziyad singing about a Golden Rose, and Sabbah will proceed with talking to you.

After speaking with Sabbah, she'll ask you to fertilize the seeds inside the three flower pots surrounding her. Simply apply Dendro onto the flower pots in any order to complete the World Quest.

Related: How to get Nahida Materials for Ascension and Talents in Genshin Impact

How to complete The Exile: Blooming Sumeru World Quest in Genshin Impact

Wait one real-time day or until the server reset after completing The Exile: Sprouting, then return to Sabbah in Aaru Village and speak with her. After the dialogue, speak with her again to begin the next part of the questline. Like before, you simply need to apply Dendro onto the three flower pots in any order to complete the World Quest.

However, before leaving, speak with Sabbah one more time and select the first dialogue option: "This is a Sumeru Rose that I picked." Give her one Sumeru Rose to complete the objective. Doing so will automatically unlock a new questline called A Gifted Rose, which requires five real-time days to complete.

Check out our Genshin Impact Dual Evidence World Quest guide – Old Notes and New Friends to complete another quest in the desert.