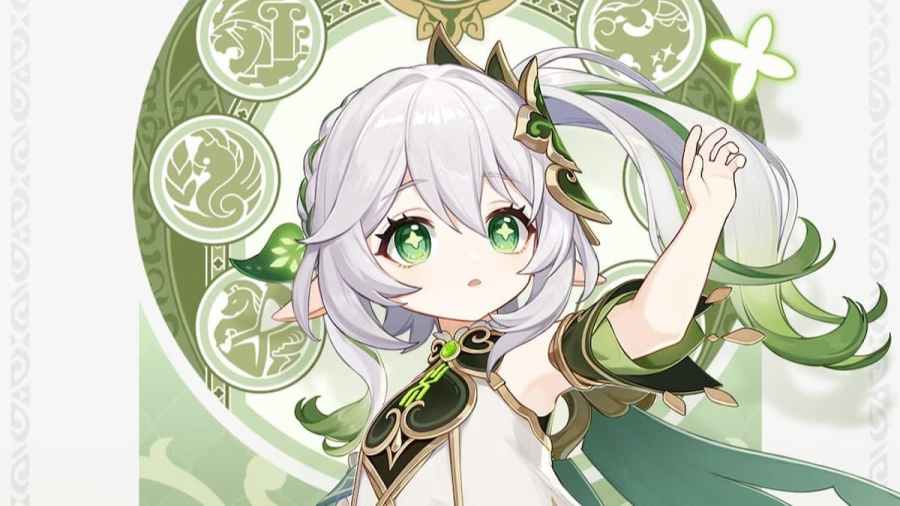 Fans of Genshin Impact have been anticipating the release of Nahida ever since Hoyoverse drip marketed artwork of her on their official Twitter accounts. While the banners won't likely be officially announced until the 3.2 livestream, if you want to prepare for her eventual release, there has been some information leaked from the beta trial that might be of use to you.

Nahida's materials for Ascension and Talents in Genshin Impact

Again, keep in mind that this information is based on leaks from Genshin Impact's beta and is subject to change. To ascend Nahida you will need the standard amounts of Mora and Experience Books. You'll need Nagadus Emerald pieces and enemy drops from the Fungal Spores family. Her Regional Specialty should be Kalpalata Lotuses. You'll also need Quelled Creepers, a new material that will likely be dropped by a potential new field boss, the Dendro Hypostasis.

To level up Nahida's talents, you'll need more Mora and more enemy drops from the Fungal Spores family. Her Talent Level books should be Teachings of Ingenuity, and her weekly boss materials are currently unnamed but seem to be from a new weekly boss that has been leaked to be added into Version 3.2. If you want to crown any of her talents, you will also need Crowns of Insight.

If you decide to try and pre-farm materials, keep in mind that Fungal Spores are dropped by fungal enemies. Since they are a Tri-Lakshana creature, if you fight them with Electro or Pyro characters, they will likely go into an activated or scorched state, causing their enemy drops to change. In activated and scorched states, they will only drop Fungal Spores rarely. You can gain teachings of Ingenuity by challenging the Steeple of Ignorance Domain on Tuesday, Friday, or Sunday.