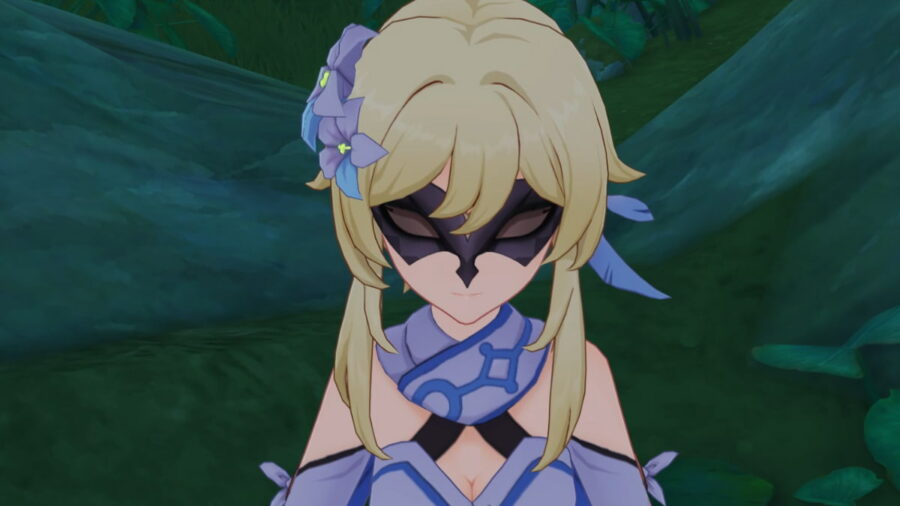 The Foolish Fatuus is a World Quest where you encounter a Fatui member named Oleg, who plans to extract power from the Withering using Energy Extraction devices. Your goal is to thwart his plans and turn him in to the Corps of Thirty. Before starting this quest, prepare a battle-ready team as you'll need to defeat quite a lot of Fatui members.

To unlock this World Quest, you must first complete the Energy Extraction Device Challenge in all eight Eremite camps in any order. Once they're done, head to the Eremite camp in Yasna Monument—its exact location is circled in the image below.

Entering the Eremite camp will immediately trigger a cutscene where the Traveler and Paimon spy on an exchange between a Fatui member named Oleg and an Eremite named Kasim, officially initiating The Foolish Fatuus World Quest. If you don't trigger it, try relogging or checking whether you've completed the Energy Extraction Device Challenge in all eight camps.

After defeating Oleg for the fourth time, you need to defeat Kasim, who's sitting under a tent nearby. You then need to interrogate him, with the goal of reducing his Willpower to zero. To do so, choose the second option for all of your responses. These are all of the correct answers:

Follow the quest marker to a cave entrance, where Oleg is standing guard behind a gate. Speak with Oleg and follow him further into the cave. Inside, you must engage in battle against Oleg (Fatui Pyro Agent) and two Fatui Skirmishers (Geo and Pyro). Defeat them and speak with the Corps of Thirty member named Rukh Shah inside the same cave to complete the World Quest. You'll unlock the Wonders of the World Achievement called Open Sesame!