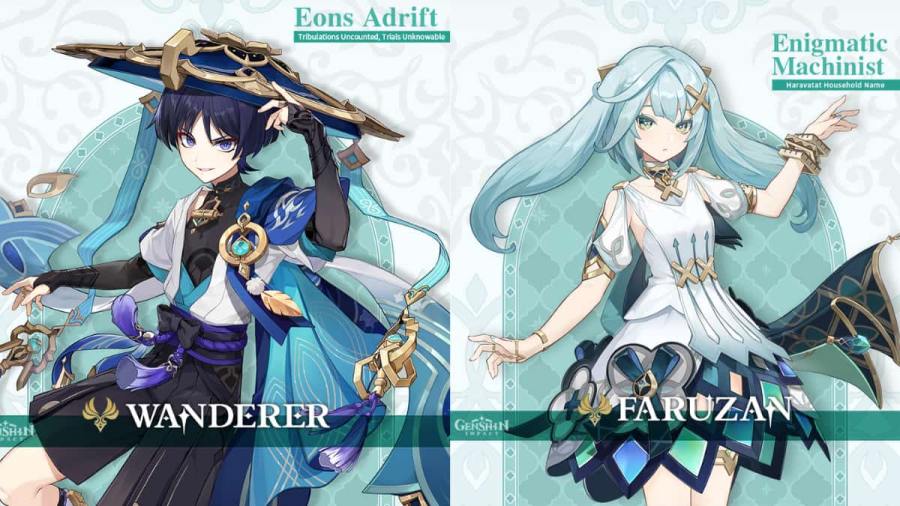 Genshin Impact just dropped one of the most exciting drip-marketing posts of the year. The double Anemo drop features upcoming characters who are expected to appear in the game as early as Version 3.3. Among the two is the long-awaited character named Scaramouche, who first appeared in the Unreconciled Stars event in Version 1.1 and has since garnered a massive fanbase for his iconic veil and antagonistic-but-lovable personality. He's also the source of the iconic quote "the stars are a lie."

Since Version 1.1, Scaramouche has briefly appeared in the Inazuma Archon Quest and the Irodori Festival event. However, contrary to popular belief, he didn't play a major role in his home nation, Inazuma, and is instead one of the focal characters in Sumeru's story.

Scaramouche is known to be a failed prototype of the Raiden Shogun, created by his "mother," the Electro Archon, Ei. After experiencing three betrayals, he took the name Kunikuzushi and joined The Fatui—eventually turning into The Balladeer, the sixth Fatui Harbinger. In the course of Sumeru's quest to create a new god, Scaramouche was chosen to become its vessel and will appear in Version 3.2 as the Weekly Boss called the Shou no Kami.

However, the new illustration of the playable Scaramouche indicates that he may have a redemption arc after his short gig as a god. His playable model is named Wanderer and has been redesigned with more Anemo-centric elements compared to the Scaramouche many fans have come to know and love. In particular, he loses one of the most iconic parts of his outfit—the Inazuma-styled veil—and will officially become an Anemo Vision holder.

The drip marketing post has been well-received with over 220,000 Twitter likes in under three hours. Dedicated fans are clearly still excited to pull for Scaramouche after two years of waiting.

Related: All leaked details about the Genshin Impact TCG

In addition to Wanderer, Genshin Impact also introduced a new character named Faruzan. Little about her was known before the drip marketing release, so her appearance garnered mixed reactions among fans. Many were taken aback by her design, which doesn't seem to match early leaks about her personality, nor does it resonate closely with the Sumeru Akademiya's more rigid look and feel. Fans were quick to point out her design similarities with Hatsune Miku.

Faruzan is known to be an eccentric scholar who belongs to the Haravatat Darshan of the Akademiya, which focus on studying linguistics and ancient runes. However, Faruzan has notably displayed immense knowledge in technology and mechanics, enough for desprate Kshahrewar students to consult with her. Little is known about her history, but fans are likely to learn more as Sumeru's story progresses, and upon the eventual release of her Hangout event.

Check out our compilation of Genshin Impact 3.3 – leaks, banners, events, new characters, and everything we know so far to learn more about Wanderer and Faruzan.