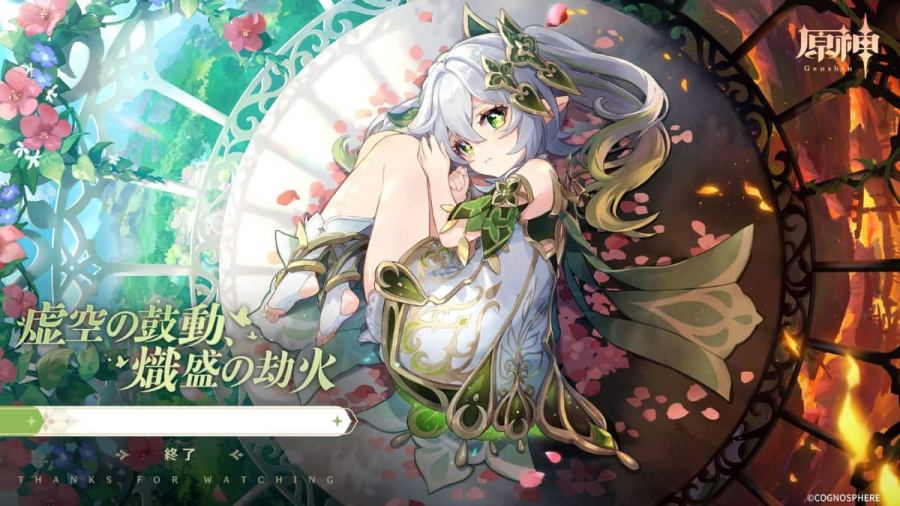 Genshin Impact's development team continues to expand Teyvat with new areas, characters, and exciting events and stories, one update at a time. While Version 3.2 is just about to come, there's a lot to be excited about in the upcoming Version 3.3 update, which will fall around December!

Check out this compilation of leaked content expected to drop in the next update. But remember: take leaks with a grain of salt and know that changes between the beta server and actual release aren't uncommon.

HoYoverse confirmed that Genshin Impact's Version 3.2 update would drop on December 7, 2022. Reference the roadmap below for when to expect the upcoming updates. Since the five-week update adjustment will end after Version 3.2, Version 3.3 is expected to return to regular six-week update intervals.

HoYoverse has confirmed the release of two new characters for Version 3.3: Wanderer and Faruzan.

Scaramouche, number six of the Fatui Harbingers, codename Balladeer, will become a new Weekly Boss in Version 3.2. In the following update, he's expected to be released as a playable character named Wanderer—a five-star Anemo catalyst user with a redesigned (but still familiar) outfit. His leaked kit suggests that Wanderer may be the first character to sprint mid-air. Meanwhile, his leaked Ascension materials include some of the most annoying materials to farm: Rukkhashava Mushrooms and Handguards.

In support of the Version 3.3 release timeline, @genshinBLANK stated that Wanderer's Story Quest would also appear in the same update, which is typical for five-star character releases. However, leaker @Ubatcha1 stated that the Story Quest would be integrated into the Archon Quest's Interlude Chapter, similar to how Shenhe's Story Quest was treated. In a since-deleted tweet, leaker @SagiriShape claimed that Wanderer would have the first five-star Hangout, which Ubatcha debunked. There is currently no conclusive information from leakers on the state of Wanderer's personal chapter, but fans can rest assured that he will be spotlighted in one form.

Based on video leaks of Wanderer's gameplay, he can attack mid-air with the help of his iconic hat, but is allegedly susceptible to interruption, so players may prefer to pair him with a reliable shielder. More importantly, Wanderer stomps on enemies with his Elemental Burst. Check out the amazing angle of his Burst below—a treat to fans who have been patiently waiting for this moment for the past two years.

Incidentally, Wanderer's Special Dish is allegedly called Shimi Chazuke, with a leaked description that states: "Have you finished yet? Stop gawking and wash the dishes now."

Faruzan is a member of the Sumeru Akademiya who disappeared once upon a time but was eventually found by Cyno. He describes her as a kind and chatty parent in his voice lines. She's expected to be released as a playable four-star Anemo bow user. Her leaked kit suggests that she will have massive utility, with the ability to shred enemy resistance, buff the team, and group units off-field (akin to Venti).

A video of her gameplay has also begun circulating online.

Kaveh, the wine-addicted, freeloading roommate to Alhaitham and the architect who built the Palace of Alcazarzaray, appeared in the Version 3.2 Archon Quest doing what he does best: bickering with Alhaitham. His release timeline is unknown, but he's suspected of being a four-star claymore user. HoYoverse also officially revealed that his Japanese voice actor would be Yuma Uchida, who also voiced Jujutsu Kaisen's iconic Fushiguro Megumi.

According to translations of information from @Plusleleaks (reposted from Genshin Rumors), Version 3.3 may introduce two new weapons.

Two new Artifact sets have been leaked to allegedly appear in Version 3.3. These are the current descriptions, according to leaker Sagiri:

Leaker @genshinBLANK stated the following enemies might appear in-game at one point, but their exact release schedules are unknown. Some could possibly make it to Version 3.3.

According to @genshinBLANK, Wanderer (Scaramouche)'s Story Quest will be released in Version 3.3 to coincide with the release of the playable character. In another tweet, they stated that players could allegedly go through portals to see pieces of Wanderer's memory. Meanwhile, the Sumeru Interlude Chapter could also release in the same update, which could temporarily pause our adventures in the nation of wisdom and give the game time to flesh out other areas afterward.

HoYoverse officially announced that the highly-teased card game called Genius Invokation will finally be released in Version 3.3. This card game was first introduced as a popular kids' game in Inazuma's Hanamizaka and was later revealed to be invented in Sumeru. Cyno, the General Mahamatra, is a known superfan who treats his cards with utmost care. Full details of the card game have yet to be revealed, but players can battle against NPCs (with rewards) and other players for fun (no reward system for PvP). Additionally, according to leaker @memetrollsXD, NPCs who players can battle against will appear on the world map.

According to the official Genshin Livestream, new text languages for Italian and Turkish will be released in Version 3.3. Since this was announced directly by HoYoverse's team, players can look forward to experiencing the game comfortably in their local languages.

According to information crossposted by @Plusleleaks and translated in r/Genshin_Impact_Leaks, Version 3.3 will introduce the following Spiral Abyss floor blessings.

Barebones leaks allege that the main event for Version will be called Akitsu Kimodameshi, and will likely involve Yokai-catching mechanics. All Inazuma characters (not including Scaramouche/Wanderer, who is considered a Sumeru character) except for Kokomi, Sara, and Shinobu are said to appear, with a particular spotlight on Itto and Heizou. This event will likely have breakout mechanics, where players must engage in various challenges to complete the event Domain.

Additionally, the following events were hinted at by @genshinBLANK, but no further information about their exact mechanics has circulated.

Genshin Impact 3.3 – leaks, banners, events, new characters, and everything we know so far