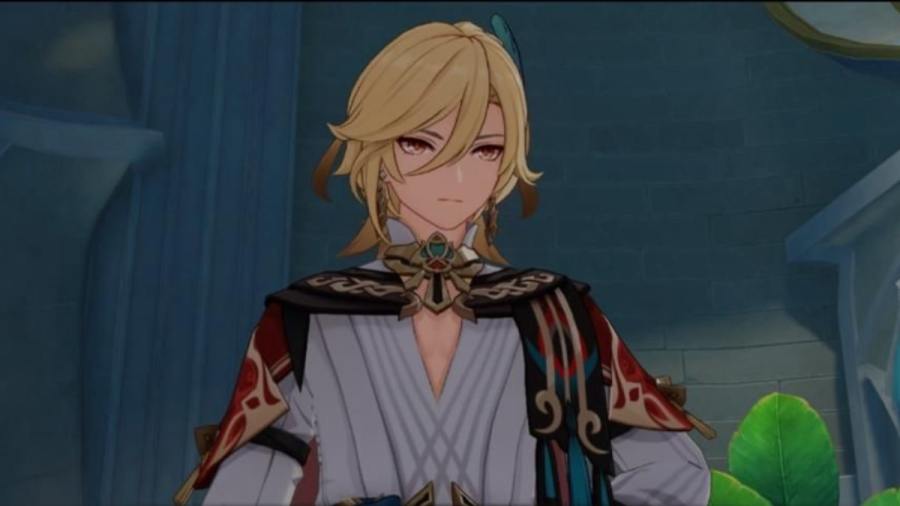 Among Genshin Impact's army of upcoming hot male characters is Kaveh, the elusive roommate to Alhaitham, a bland-but-surprisingly-lovable character players have met throughout the Sumeru Archon Quest. While an allegedly-accurate image of Kaveh was drawn and posted by Korean artist @waternaeng on Twitter in September, leakers have finally procured what they claim is an actual image of the architect's in-game model.

This beautiful image of Kaveh was posted in r/Genshin_Impact_Leaks, matching up with in-game descriptions of a "wine-obsessed, tall blonde man." According to leaker @Ubatcha1, Kaveh may possibly be a claymore user, which could be a downer for players who dislike the weapon's clunky playstyle. Meanwhile, his Element is allegedly Dendro, but nothing has been confirmed. An earlier leak mentioned that Kaveh might make an appearance Version 3.2 story, so players might be able to meet him sooner than expected—but do take this information with a grain of salt.

Kaveh is an architect who graduated from Kshahrewar of the Sumeru Akademiya, a Darshan that focuses on studying technology—including architecture and puzzles. He's known for being the genius who built the Palace of Alcazarzaray for the Mora grubber, Dori, but somehow still ended up drowning in debt. Thus, despite their starkly contrasting personalities, Kaveh took it upon himself to bunk with Alhaitham. Players can get a feel of Kaveh's easygoing personality by reading the bulletin boards around Sumeru City and Port Ortmos.

Check out our guide on Xiphos’ Moonlight – How to get, Ascension, stats, and who can use it in Genshin Impact to build the weapon Alhaitham wielded in a PV.