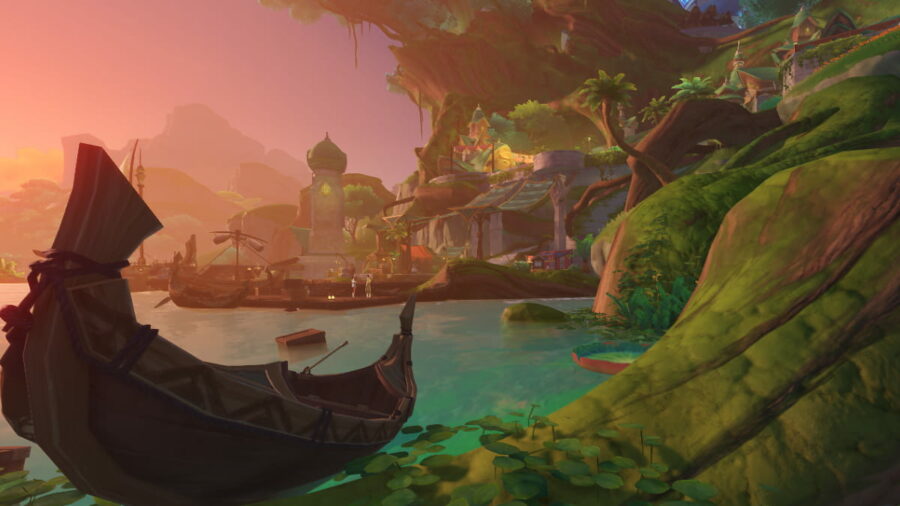 Among Sumeru's most anticipated cast of characters are Alhaitham and his roommate Kaveh, a bickering duo that never seems to get along, reminiscent of fan-favorites Kaeya and Diluc. While players have met Alhaitham during the Sumeru Archon Quest Chapter III Act I - Through Mists of Smoke and Forests Dark, little is known about Kaveh's physical appearance despite the flurry of leaks surrounding the nation of wisdom.

Vague in-game notes across infamous bulletin boards in Port Ormos and Sumeru City reveal the existence of a wine-obsessed, tall blonde man with a roommate, a persona that fans believe to be referring to Kaveh. Even so, with such little information about how he looks, most artists aren't able to paint a clear picture of the mysterious architect. However, Twitter artist @waternaeng surprised the community by revealing their rendition of Kaveh, which leaker @SaveYourPrimos confirmed (though the Kaveh Mains Discord server) to be extremely close to what he actually looks like.

This marks the second time artist @waternaeng has predicted a Genshin Impact husbando's appearance, as their artwork of Kamisato Ayato prior to his launch was one of the closest to the character's actual in-game model. Since Kaveh has yet to be released in the game, the validity of the artwork is uncertain, but leaker @SaveYourPrimos' confirmation was enough to send some fans into a frenzy.

Kaveh is believed to be the architect responsible for building the Palace of Alcazarzaray, the upcoming character Dori's opulent home. But for unknown reasons, he managed to sink deep into debt after building the Palace, leaving him with no choice but to bunk with his Akademiya friend Alhaitham. Kaveh is rumored to be a Dendro character, but nothing can be confirmed at this point.

If Kaveh is not your type, perhaps his roommate is, check out Who is Alhaitham in Genshin Impact? Everything We Know including Lore, Looks, and Leaks here on Pro Game Guides to know more.