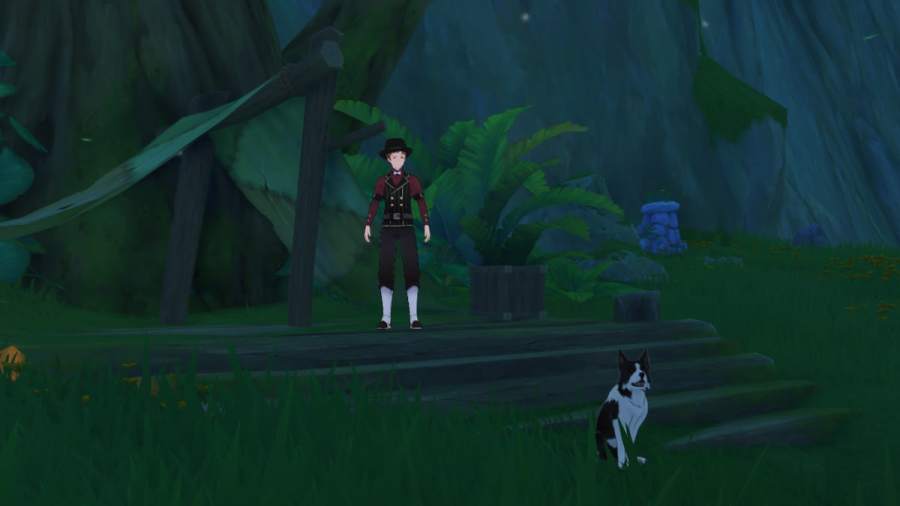 Where Are the Fierce Creatures? is a hidden World Quest that doesn't appear in your quest menu, but is part of the Sumeru City Reputation Board's list of quests. Your goal is to help Santon, an Animal Control Expert from the Court of Fontaine, get rid of fierce beasts threatening the safety of Sumeru's inhabitants.

How to unlock Where Are the Fierce Creatures? hidden Sumeru World Quest in Genshin Impact

Head to the area circled in the image below in Chatrakam Cave to find an NPC named ???. Upon speaking to him, he'll reveal himself to be Santon, an Animal Control Expert from the Court of Fontaine.

Santon will ask you to find three fierce creatures hiding in Sumeru: the Rishboland Raja, Gator Raja, and Sumpter Beastlord. This quest will not appear in the quest menu, so keep track of which of the three you have defeated. You can hunt them down in any order.

Related: How to play the music according to the pattern of the roses in the Genshin Impact The Rhythm that Nurtures the Sprout World Quest

Where to find the Rishbold Raja in Sumeru in Genshin Impact

Head to the area circled in the map above in the swampy waters west of Chatrakam Cave. You'll find a signpost and a little feeding plate beside it. Interact with the plate to place one Fowl. If it's night, the Rishbold Raja will immediately spawn. Otherwise, change your in-game time to around 00:00 to prompt the Rishbold Raja to appear. Defeat it to complete this segment.

Where to find Gator Raja in Sumeru in Genshin Impact

Head to the area circled in the map above to find the swampy waters between Sumeru City and Gandha Hill. You'll immediately spot a giant alligator called the Gator Raja. Defeat it to complete this segment.

Where to find Sumpter Beastlord in Sumeru in Genshin Impact

The Sumpter Beastlord is lounging in a cave a little ways off Sumeru in The Chasm's Cinnabar Cliff. Head to the area circled in the map above to find a cave housing the giant Sumpter Beast and defeat it to complete this segment.

How to complete Where Are the Fierce Creatures? hidden Sumeru World Quest in Genshin Impact

After defeating all three fierce creatures, return to Santon in Chatrakam Cave to report your progress. If you get dialogue options, then you've likely missed one enemy, so make sure to backtrack and defeat what you missed. Otherwise, the quest will end and you will get a Primogem reward. If you pay a visit to the Sumeru Reputation Board, you can also claim the reward for completing this hidden World Quest.

Check out our Genshin Impact While the Dream Lingers World Quest guide to complete another quest in the nation of wisdom.